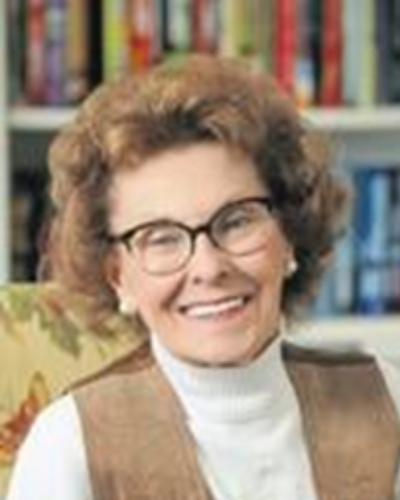 Alice Ann Willis Leeber, age 91, died June 13, 2022, at HospiceCare at CAMC Memorial from complications of a stroke. She will be sadly missed by her family and many friends. Alice Ann was born on September 23, 1930, to John and Ruby Wilities in Beckley, WV. She was an only child. She resided in either Beckley or Charleston, WV, her entire life.

She was preceded in death by her parents, John and Ruby Wilities, and her husband of 40 years, James (Jimmy) Edward Willis, Jr. After her first husband’s death in 1989, she married an old high school friend, Lewis Leeber, who she also outlived.

Alice Ann is survived by her two sons, James Edward III and John Alan (Betsy), both of Charleston, and two grandchildren, John Alan Willis Jr. of Durham, NC, and Adele Willis Sowers (Travis) of Nashville, TN.
Alice Ann was a multi-decade employee of “the phone company,” as it was known when she first began working, and eventually retired from Verizon. She worked in various roles, longest-tenured as a service representative. She always enjoyed interacting with her customers and was always energetic with a positive attitude when helping them. She was a dedicated mother and spouse and volunteered in her children’s schools in the era of “homeroom mothers,” and watched many Little League baseball games from inside the concession stand as moms often did.
She was a long-term member of Morris Memorial United Methodist Church in Kanawha City. She resided at Edgewood Summit retirement community and lived there independently until her death. She had many great friends at Edgewood where she was always involved in social activities, church-related meetings, and exercise classes with her peers. As long as she was physically able, she volunteered at Hodges skilled nursing facility at Edgewood, helping the residents there in any way she could, attempting to add joy to their lives. She always loved helping others.

A family interment is planned with details of a future celebration of her life pending at this time.

In lieu of flowers, the family requests donations to HospiceCare WV at 1606 Kanawha Blvd. W, Charleston, WV 25387, or online at hospicecarewv.org.

You may send condolences to her family and friends at www.BarlowBonsall.com.