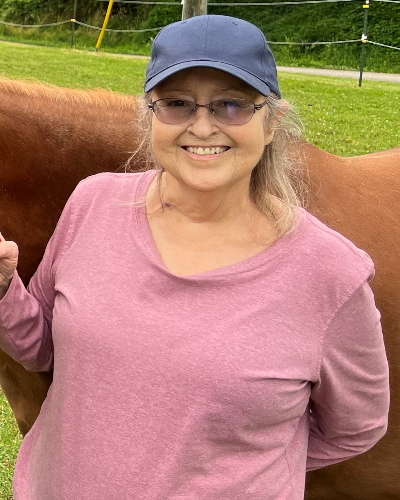 Debra Ann “Debbie” Johnson Lovejoy, 66, of Shirkey Ford at First Creek in Sissonville next to the Pocatalico River, passed away on Tuesday, November 8, 2022 at the Hubbard Hospice House, Charleston.

She was born on June 24, 1956 to the late Ruth Irene White Johnson and Leonard Leroy Johnson who were the founding owners of Leonard Johnson Funeral Home, Marmet.

Debbie lived most of her life on her parent’s farm in Sissonville and was an equestrian.  She was an accomplished horse woman, who bred American Quarter Horses, trained and showed in both halter class and western pleasure. She was a member of the NBHA. Debbie trained and barrel raced many horses thru the years. She provided a great amount of mentoring and encouragement to those new to the sport and gave many children riding lessons and most importantly her time.

Her love of horses started early, as a little girl, with her parents regularly taking her to the farm where she learned to ride on ponies.  She would later attend Meredith Manor International Equestrian Centre in Wood County and then ran the farm for her parents and later herself; this included raising cattle, pigs, wild game, domestic animals and of course horses.

Debbie’s love of her farm was not only personal but one from her heritage: The Johnson Family Horse Farm has been in the family there on the Pocatalico River, since 1797.

The family wishes to extend a special thanks to all of Debbie’s caregivers, doctors and staff for all they did, especially over the last few months; her Oncologist, Dr. Soley Bayraktar and staff at CAMC Cancer Center; her Pulmonologist, Dr. Phillip Cox in South Charleston; her Nurse Practitioner, Donna Burton at Sissonville Health Center – Cabin Creek Health Systems; all of the doctors, nurses and physical therapists at Glasgow Health and Rehab Center and the Hubbard Hospice House, Charleston; and above all her closest friends these last few months who helped her nearly every day.

Funeral Service will be 11 a.m. Tuesday, November 15, 2022 at Barlow Bonsall Funeral Home, Charleston with Rev. Dr. Jay Parkins officiating with special music conducted by Rev. David Donathan and Robert Morris.  Entombment will follow at Cunningham Memorial Park, St. Albans, where Debbie will be laid to rest next to her parents, grandparents and cousins in the Lower Mausoleum.  Friends may visit with the family 1 hour prior to the service at the funeral home.

In Lieu of Flowers – the family suggest donations may be made to:  Christ Church United Methodist Church, P.O. Box 0884, Charleston, WV 25323. 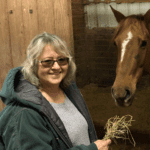 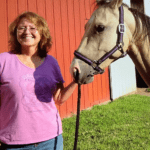 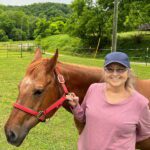