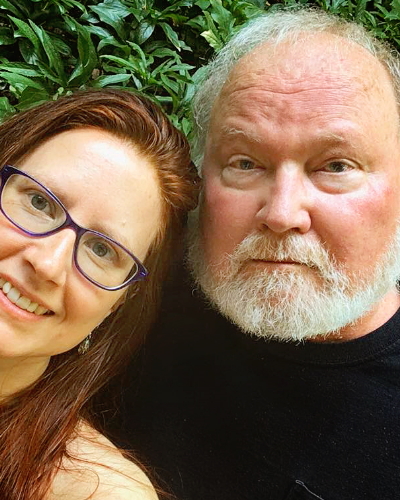 On the morning of June 7, 2022, Donald Kenneth Gartman, Ph.D., loving husband and father of two children, passed away quietly at home. He was 78.

Don was born in Cleveland, OH, in the family home, to Juanita Rider-Gartman and Wilbert Gartman on April 13, 1944. As Juanita settled in with her baby boy, the papers that day reported allied bombers over both Germany and the Pacific.

Growing up in Cleveland he had three siblings, brother Ron who was nearly 3 when Don was born, sister Beverly who comes along a couple of years after, and brother Rick the youngest of the four. Don always held family close to his heart and while he hadn’t seen them much recently, he never hesitated to open his favored flip-phone and dial them up for a quick question or shared memory.

Don developed an early curiosity about science and the nature of things. He remained proud for all his days of his triumphs in his school’s Victory Garden, and the Cleveland Public Schools garden tract award ribbons on his office wall today provide evidence of this blossoming interest in his childhood years. That lifelong wonder and bottomless desire to learn would form the basis of his professional life and initiate the personal connections that brought him love, hobbies, and friends across continents.

Don studied in Austria in 1964. His foster family became lifelong friends and it was here he met his first wife, Linda Martinson. Back in the USA, they had their son, Timothy Gartman, on July 2, 1967.

In the graduate-level Population Ecology class at OSU in 1970, Don sat behind the only girl in the class. Loretta and Donald started their love story here. It would take them through the end of their scholastic careers and on to visit lands in Africa, Europe, and across the United States. They married on April 19, 1971, and in December 1974, settled now in Landenberg, PA, their daughter, Annalisa, was born.

Don continued his passion for animals and the natural world and shared it with all he met. Cats were always in residence, wild birds constantly fed, and flowers, trees, and aquatic plants seemed to be forever rooting and growing beyond their borders. He was active for years in Trout Unlimited and taught his daughter and son-in-law how to tie on a fly and cast a dry line into the stream. He doted on his grand-dog and goldfish still swim in the tiny pond in his backyard.

Don held a strong love of humanity and fascination for the human condition. He adored poetry, perhaps humanity’s most expressive form of literature, and would drop poems into the mailbox or inbox of family and friends whenever struck by the need. He volunteered with and was active in the local Unitarian Universalist Association. He communicated his faith in people with stories and jokes; he knew a great many stories and jokes. The jokes were invariable of the “Dad” variety and the stories were generally of personal experiences, unencumbered by any abundance of accuracy that might delay getting to the punchline or memory. Dinner may go cold before a story of inspiration was told.

In 2003, Don’s son, Tim, passed away at only 35 years of age. Tim’s battle with Hodgkin’s Lymphoma was years long and hope ranged wildly throughout. The loss had a profound effect on Don’s outlook on life and his own future in this world.

Don is survived by his wife, Loretta; his daughter, Annalisa, and her husband, Stefan; his siblings, Ron, Beverly, and Rick; and his nephews, nieces, grand-nieces, and grand-nephews.

He was preceded in death by his parents, Juanita and Wilbert, and his son, Tim.

A memorial service will be held at 3:00 p.m. on Saturday, July 2, 2022, at the Unitarian Universalist Congregation in Charleston, WV.

In lieu of flowers, Don would implore you to listen to Jean Sibelius’s “Finlandia” and Iris Dement’s song ‘Let the Mystery Be’. Memorial donations may be made to the American Heart Association at https://www.heart.org/.