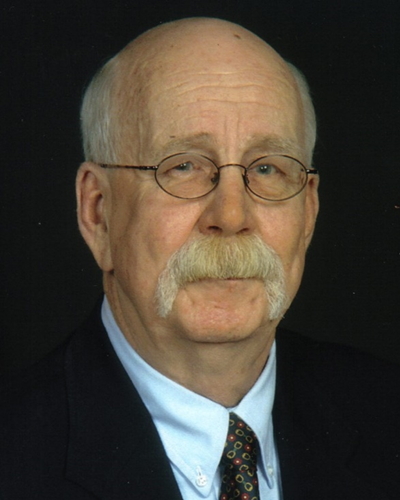 Fredric Louis Theierl was born in Charleston, WV, on February 2, 1940, to Fred Paul Theierl and Mary Margaret (Walton) Theierl, his parents, and passed away at Hubbard Hospice House on July 19, 2022.

He leaves behind his wife and best friend of 57+ years, Barbara; sons: Prentice (Judy) of Greensburg, PA, Jason (Randal McLawhorn) of Chesapeake, VA, Tyson (Jenna) and grandsons Jacob, Colin, and Nathan, all of Winter Garden, FL; sister, Mary Ann Finney of Charleston, WV; sister and brother-in-law, Sandra and Monte Chittum of Ocala, FL, and many nephews, nieces, and countless friends.

Fred had many titles: Dad to his sons, Pawpaw to his grandsons, Freddie to his sister and childhood friends, “Tweety” to his high school and college classmates, Doc to his Navy comrades, and “Pike Marshall” to his cowboy action shooting friends.

Fred was an apprentice glass cutter at Libbey-Owens, Charleston, WV, and worked a couple of years at PPG in Mount Vernon, OH. He was a 1958 graduate of Charleston Catholic High School, where he played football. He attended Marshall on a track scholarship where he was a high jumper, and later received a teaching degree in Biology/Physical Education. He obtained his Physical Therapy Certificate from the University of Pennsylvania. Fred specialized in treating children “Birth to Three”. He was the first Pediatric PT in West Virginia. He took many courses and attended workshops in his specialty over the years. He loved working with babies and never forgot a sign he saw on the wall at Colin-Anderson Center crib ward, “A MAN IS NEVER AS TALL AS WHEN HE STOOPS TO HELP A CHILD”.

He was a Physical Therapist for WV Welfare Dept-The Division of Crippled Children and conducted Physical Therapy at Treatment Centers in Huntington, Logan, Romney, Bluefield, and Beckley. He left Crippled Children Services in 1975 and was employed by Shawnee Hills, Inc. Institute, WV. for 26 years. He was a Physical Therapy consultant at FMRS in Beckley, Summersville, and many WV counties. He was an Adjunct Professor for COGS, West Virginia University, and Marshall University.

Fred proudly served in the US Navy Reserves retiring after 28+ years as a Senior Chief Hospital Corpsman. He attended Corps School in Great Lakes, Il. and Field Medical School at Camp Lejeune, NC. He was the oldest reservist (51 yrs. old) called to active duty during Desert Storm, and served 6 months at the Portsmouth Naval Hospital. His many assignments included: NIH at Washington, DC, where he assisted in development of a test for lupus; Field Medical Training in Jacksonville, FL; Surgeon General meetings at San Antonio, TX and Los Angeles, CA; Winter Field Medical Training in Vermont; NATO training with US Marines in Norway; and Hospitals in Portsmouth VA, Norfolk, VA, New Orleans, LA, Savannah, GA. Fred’s last assignment was in Honolulu, Hawaii preparing a report for the Surgeon General.

Fred loved fly fishing, hunting, cowboy action shooting, and collecting Gillette Safety Razors. However, his biggest love was WWII history and that of the Army Air Corps/Air Force insignias; becoming one of the top authorities on the subject. He was past president of the Kanawha Valley Regulators. He was a track official (high Jump) at many high school competitions held at Laidley Field and a finish line official at Charleston Distance Runs.

In lieu of flowers, the family asks that you make a contribution to: Hubbard Hospice House, 1606 Kanawha Blvd. W, Charleston, WV 25387.