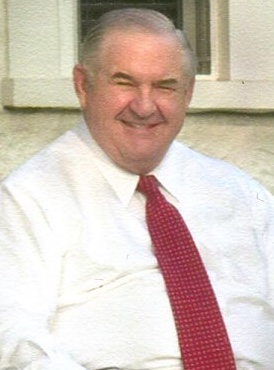 GEORGE GARLAND GUTHRIE II, a prominent Charleston lawyer, died Nov. 15, 2022, after a long illness. He was 80.
George was born March 26, 1942, to the late George Nye Guthrie and Daisy Eleanor Fultz Guthrie.
He was a lifelong resident of Kanawha City, where he grew up with his younger sister Ann Guthrie Brown and the four sons of Isaac Noyes Smith, whom he considered a mentor and second father after the death of his own father when George was 15. George became known as the Smith’s fifth brother.
George attended Horace Mann, where he played basketball and football. He graduated from Charleston High School in 1960. He was class president, belonged to the debate club, excelled in football, and threw shot put and discus on the track team (apologies still for the discus incident that found its way through his neighbor’s windshield).
He attended Duke University on a football scholarship, and was on the 1960 Duke team that defeated Arkansas in the Cotton Bowl. George was a member of Kappa Alpha fraternity along with his Smith brother Dana.
After completing his undergraduate degree, George remained at Duke and graduated in 1967 from Duke College of Law. Over the years he has been a loyal and generous alumnus of the University.
He began his 55-year career as a lawyer in 1967 at Spilman, Thomas, Battle & Klostermeyer. He later practiced with and was a partner in the law firm known originally as King, Betts and Allen, which later became Allen, Guthrie and McHugh and ultimately Guthrie and Thomas. He retired from Guthrie and Thomas in 2012, but continued practicing with Thomas, Combs & Spann. He last practiced with Ferguson Law Office.
George had a large and diverse practice. His clients included Charleston Area Medical Center, DuPont, The C&P Telephone Company of West Virginia, Bethlehem Steel, Shonk Land Company and Development Corporation of America.
George also represented many individuals who found themselves in need of his counsel, whether it be estate planning, doctors who appeared before the West Virginia Board of Medicine or individual claims.
George was a member of the West Virginia Fourth Circuit Judicial Conference and was admitted to the United States District Courts for the Northern and Southern Districts of West Virginia, the United States Court of Appeals for the Fourth Circuit and the Supreme Court of the United States.
He was appointed to the Charleston Urban Renewal Authority under Mayor Chuck Gardner, and also served as police commissioner.
George belonged to numerous organizations ranging from Trout Unlimited to the International Frisbee Association.
George was known for a keen sense of humor and big heart particularly at Christmastime. At firm parties he was happy to be Santa for all the children, and for years hosted a Christmas Eve dinner for his beloved Smith Family prepared by his dear friend Otis Laury.
For several years, George threw a block party in Kanawha City, closing off his dead-end street for neighbors to enjoy live music, games and a cookout.
During those years George took up javelin throwing and volunteer coaching for young athletes. George was a dog lover and one year was accompanied by his St. Bernard, Winston, as they walked the runway at a Charleston Symphony Fashion Show.
He had a special fondness for the Homestead Resort in Virginia, where he became an excellent trout fisherman and made lifelong friendships with the people of Bath County.
For over 30 years, George has been a friend of Bill’s, and was grateful for any opportunity to help others along their journey to sobriety.
A long-time bachelor, George cared for his mother Daisy and his sister Ann. In 1989 he met Nancy Peoples and together they became one. After dating for 10 years, they married in September of 1999. During their marriage, they raised and nurtured seven dogs and two turtles.
In addition to his wife Nancy and sister Ann Brown of Dayton, Ohio, George is survived by: nieces, Georgianne Lowman, her husband Eric and their two children Ava and Adeline of Centerville, Ohio, Lauren Hartings, her husband Joe and their daughter Jocelyn of Gahanna, Ohio; niece by marriage, Elicia Corbett, her husband Keith and their children Mackenzie and Keith II of Malvern, NY; and nephews by marriage, James Abercrombie of Atascadero,CA, Trevor Hanna of Richmond, VA, and Joshua Hanna of Pennsylvania.
A memorial service will be held at 11 a.m. Thursday, Dec. 8, at Christ Church United Methodist, 1221 Quarrier St., followed by a reception in Fellowship Hall at the church.
The family wants to thank the many caregivers who helped George cross the Rainbow Bridge for humans: Ms. Melinda Boggess, Mrs. Betty Coleman, Mr. Aaron Johnson and Mr. Sean Johnson. A special thanks also to the dedicated and professional staff of Hospice Care in Charleston.
Memorial contributions may be made to Hospice Care, the Kanawha Valley Fellowship Home, the Kanawha-Charleston Humane Association or West Virginia Public Broadcasting.
In lieu of flowers – the family suggest donations may be made to: Christ Church United Methodist Church, P.O. Box 0884, Charleston, WV 25323.
Condolences may be shared with the family at: https://www.barlowbonsall.com.
Barlow Bonsall Funeral Home, Charleston has been entrusted with the arrangements 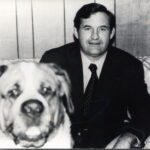 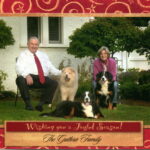