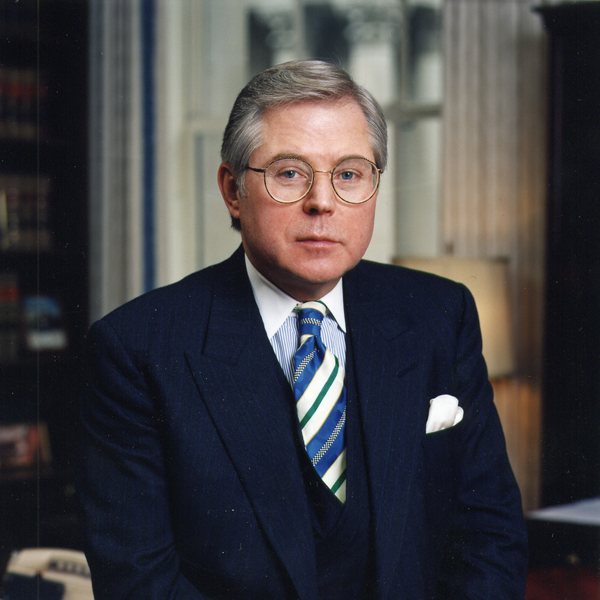 Richard Forlani Neely, born August 2nd, 1941, passed away on November 8th, 2020, from complications with a long-standing illness. Grandson of Matthew Mansfield Neely, the 21st Governor of West Virginia and former United States Senator, Richard is survived by his loving wife, Carolyn Elmore Neely, his children, John Champ Neely II, M.D., and Charles Whittaker Neely, Esq., and his two cats, Rosencat and Guildenfur. Although not technically family, Richard also left behind every dog in South Hills.
Born to Elinore Forlani and John Champ Neely in Los Angeles, California, Richard and his parents moved shortly thereafter to the Annapolis/Baltimore area where he remained throughout childhood. His formative years were spent in Lenox, Massachusetts attending the Windsor Mountain School. Richard returned to the school later in life serving as a member of Windsor’s Board of Directors. He went on to attend Dartmouth College earning a degree in economics and, in 1967, Richard Neely graduated with an LL.B. from Yale Law School.
After graduating Yale, Richard was commissioned in the United States Army as an artillery Captain. He served in Vietnam from 1968-1969. In addition to fulfilling his duties as an artillery captain, Richard supervised the economic development program for a quarter of South Vietnam. In this role, he authored the economic development section of the 1969 American pacification plan. Richard was awarded the Bronze Star.
Richard began his legal career by opening a small law firm in Fairmont, West Virginia. Being the grandson of, M.M. Neely, it is not surprising he had a flair for politics. In 1970, this aptitude led him to represent Marion County as a member of the West Virginal Legislature. Three years later at the age of thirty, Richard was elected to the Supreme Court of Appeals of West Virginia. He remains the youngest person ever elected to a court of last resort in the Western World.
Richard’s sharp legal mind, candor, and colorful personality quickly garnered him national attention. He pioneered efforts in domestic law and his court decisions, books, and publications ultimately became the foundation for the child custody sections of the American Law Institute’s Principles of the Law of Family Dissolution. On the Court, Richard also championed the reform of the State’s mental hospitals and juvenile penal schools. His decisions were instrumental to advancements in both the States’ approach to mental health care and the juvenile justice system. Namely, he extended greater protections to patients suffering from mental health disorders and improved the State reform schools by substituting an outdated system for one that implemented therapeutic models of care.
A talented writer, Richard’s mastery over the English language was exemplified in his knack for articulating complex legal concepts through a brilliant combination of brevity and clarity. His wit, sense of humor, and propensity to speak his mind echoed loudly in each decision, concurrence, or decent. He published seven non-fiction books and numerous articles in nationally renowned publications such as The Atlantic Monthly, The New Republic, and The Wall Street Journal. While frequently met with controversy or criticism, few will dispute that Richard Neely is one of the best-known and well-respected individuals to ever grace a state court bench. Many of his opinions can still be found in law school textbooks across the country.
A born teacher, Richard was one of the first American professors to teach law in China after the country opened in 1984. When the Court was adjourned, Richard could be found serving as Atherton Lecturer at Harvard or giving his children riding lessons. Richard was also a professor of economics at the University of Charleston for over a decade.
In 1995, after twenty-two (22) years of public service, Richard retired from the Supreme Court and reentered private practice. He founded the firm of NEELY & HUNTER (now NEELY & CALLAGHAN) in Charleston, West Virginia. Ultimately, his love for the profession was best appreciated from his performance in the courtroom where he delivered every argument with showmanship and creativity. He became known as one of the country’s preeminent lawyers for cases involving deliberate intent. Richard remained an active partner of NEELY & CALLAGHAN until his death.
An undeniably accomplished individual, perhaps the achievement for which Richard should best be remembered is not one attained in a professional capacity, but rather in his personal life. Richard’s true dynamism was only truly displayed seated around the dinner table, on annual vacations, or in his living-room surrounded by the ones he loved. He was a faithfully devoted family man, a fiercely loyal friend, and an immeasurably munificent individual. His generosity transcends his life. Caring for those he loved was his priority and accomplished in spectacular fashion. From diving the Great Barrier Reef with his oldest son, to riding camels under the Egyptian sun with his youngest, to having coffee with his wife in the shadow of the Taj Mahal, Richard experienced the world.
Richard skied every winter until the age of seventy-eight. He spoke four languages and enjoyed the ability quote legal principles in their original Latin. In fact, this was once the basis for an objection in court. Upon hearing a “cessante ratione legis cessat ipsa lex” or a “lex loci”, opposing counsel objected to the use of Latin on the grounds that he was not able to follow Richard’s argument.
After a full and joyous life, Richard Neely died peacefully at home surrounded by his adoring wife of forty-one years, caring sons, and closest friends. Though saddened beyond words, we take solace in the fact that the cherished father, husband, and friend left this world knowing he was loved. He will be missed profoundly by both human and hound.
In lieu of sending flowers, please make a donation to the Send a Child to Camp Fund with the American Camp Associaiton.
You may leave condolences to the family at www.barlowbonsall.com
Barlow Bonsall Funeral Home has been etnrusted to handle the arrangements.