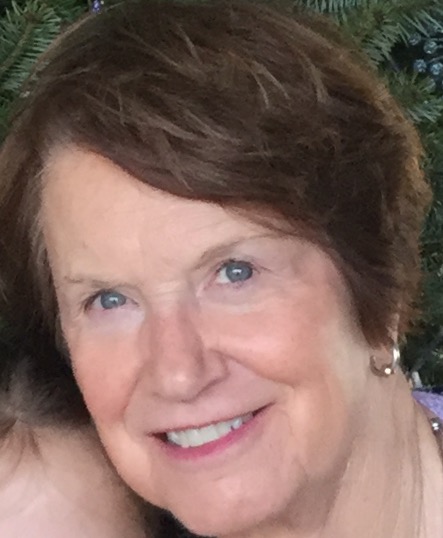 Judy Nixon Pugh, 79, died of heart failure on Saturday morning, May 28, 2022, at home in Charleston, with her husband, daughter and caregivers by her side.
Judy was born to the late John H. and Myrene S. Nixon in Spartanburg, SC, on February 11, 1943. She was a bright young woman who graduated from Lee Edwards High School in Asheville, NC, in 1960 and went on to graduate from the University of North Carolina at Greensboro in 1964 with a Bachelor of Arts in Education.
She took advantage of that degree to teach elementary school for several years in Raleigh and Durham, NC, before moving to Chapel Hill.  There she met her eventual husband, William A. Pugh, Jr., of Charleston. They were married in Chapel Hill on September 11, 1971, and were blessed with a daughter in 1974. The young family moved to Charleston in 1975, beginning a long period in which Judy flourished as a mother, wife, teacher, counselor, volunteer and treasured friend.
Reading was her specialty as a teacher, and she spent many summers tutoring children who now credit her in part with their later success.
When their daughter was old enough to attend school, Judy began teaching at the elementary level for Kanawha County Schools. After 20 years in that capacity, she decided to further her education by earning a master’s degree in counseling in 1998 at Marshall University’s branch in South Charleston. She served as a counselor in the Kanawha County school system for many years, eventually being named lead elementary counselor.  In that role she mentored and coached newer counselors, helping them achieve their potential.
Judy’s middle name was Myrene, which was also her mother’s first name as well as the middle name of two close cousins.  Judy honored her mother and cousins by giving that middle name to her daughter, who passed it on to her own daughter.
Judy was an only child, whose life revolved around others. She found great joy in teaching and counseling thousands of children across North Carolina and West Virginia. She was an eager participant in many charitable organizations, including Hospice, her church, the University of Charleston Builders, the Junior League, and others.  She combined her love of children and reading as a volunteer for the Read Aloud program. Judy was a bright light at social gatherings, bridge clubs, and any other environments in which she found herself.  She was kind, caring, nurturing, thoughtful, gracious and intelligent. She enjoyed being with friends, traveling with her family, and walking, especially on the beach.
Judy is survived by her husband, Bill; her daughter, Rebecca M. Pugh (Matt Downer) of Rico, Colorado; and her granddaughter, Paige Downer. She was preceded in death by her parents, John and Myrene Nixon.
Memorial service will be 1pm Friday, July 1, 2022 at St. Matthew’s Episcopal Church, Charleston, with The Reverend Alan Kim Webster officiating.  A reception will follow at Edgewood Country Club, Charleston.
In lieu of flowers, the family suggests memorial contributions to: HospiceCare, St. Matthew’s Episcopal Church or a charity of your choice.
Barlow Bonsall Funeral Home, Charleston, has been entrusted with the arrangements.