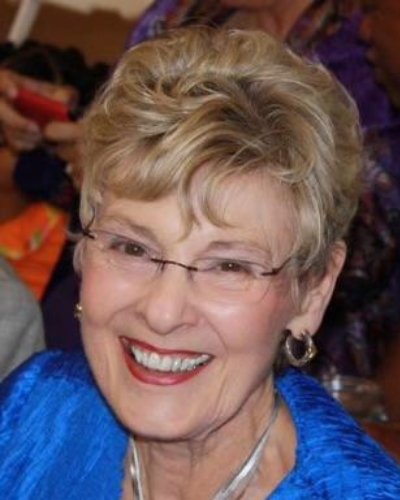 Louise was born in Charleston, WV, on January 3, 1935, to the late Robert Shrewsbury Hyde and Mae Louise Hyde. She spent her formative years living in Pittsburgh, PA, but eventually moved back to Charleston with her family.

Louise was well-known for her intellect and love of learning, which she nourished through her work, her lifelong passion for reading and her enduring enthusiasm for travel. Her journeys had a deep and lasting influence on her; she traveled throughout America, including an inspirational hike through the Grand Canyon at age 65, and visited several countries, all of which she documented eloquently in her travel journals. She had an instinctive sense of care and empathy, which she put to dedicated purpose in her successful nursing and medical career. She delighted in laughter and creative pranks and had a ready sense of humor for most every situation in life. Above all else, family was her greatest joy.

Louise attended West Virginia University in the early 1950’s. It was there that she met and eventually married John, leaving WVU before graduating. She had a lifelong interest in healthcare, and after raising her family she returned to school in her forties to receive her nursing degree. She started her career as a registered nurse at what is now known as CAMC Memorial Hospital, and in 1978 joined Quality Insights (formerly known as the West Virginia Medical Institute) where she was initially the Director of Quality Review before later starting up the organization’s External Peer Review Program and serving as the program’s Director for several years. After an initial attempt at retirement in 2007, she returned to Quality Insights to serve in various program support and management roles. In 2017, with much reluctance in leaving the work she found so fulfilling and the great friendships she had made, she retired for good.

She was the heart of the family, an ever-caring mother and fun-loving grandmother. We miss her tremendously and raise a glass of her favorite Chardonnay in her dear memory.

A visitation with family and friends will be held from 10 am until 12 pm on Saturday, July 30, at Barlow-Bonsall Funeral Home in Charleston, followed by a private graveside burial service.

The family suggests memorial gifts be made to the American Heart Association at heart.org.