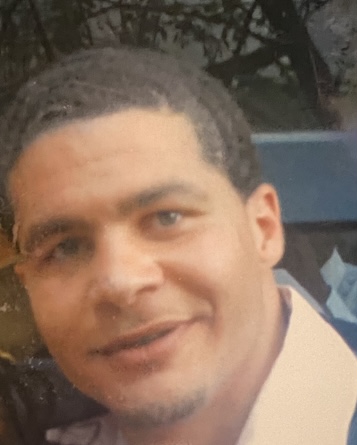 Alonzo Derome Fisher Marbles Jr. passed away unexpectedly on December 25, 2022, at the age of 43, in Charleston, West Virginia.

He was born on January 15, 1978, in Minneapolis, Minnesota, to Kathleen Toal (Callahan) and Alonzo Marbles Sr. Soon after his birth the nickname “Sonny” was coined and he was affectionately known as such by his family and friends.

At a young age, he and his father traveled across the United States; living in places such as Denver, CO, Phoenix, AZ, Berkley, CA, Portland, OR, Olympia, WA, as well as Kenosha and Milwaukee, WI, before they eventually planted roots in Toledo, Ohio. Here he attended both Woodward and Waite High Schools.

He also attended Owens Community College in Toledo, OH, and obtained various degrees and certifications throughout his lifetime. Most notably, a business degree that was used to support multiple ventures including a detail service and most recently, a fragrance line and construction endeavor.

Prior to his death, Sonny also placed roots in Florida where he diligently managed his nephew’s music career.
True to his childhood beginnings, he loved to travel and had visited almost every one of the 50 states. With one of the most contagious personalities you’d ever encounter, Sonny’s word was his bond, and he would stop at nothing to protect his family. He would even crack a joke while simultaneously giving some of the most sound advice you’d ever heard. If he loved you, you knew!

Sonny is survived by his father, Alonzo Marbles Sr.; his stepmother, Patricia Price; his siblings, Laquisha Price, Allyn and Alyssa Hunter, Jason (Shauna), Shannon and Theresa Callahan; a special aunt, Nicole Hunter, along with a host of other aunts, uncles, nieces and nephews.

He is predeceased by his mother, grandparents, and beloved uncles.

Visitation will begin one hour prior to the service at the funeral home.