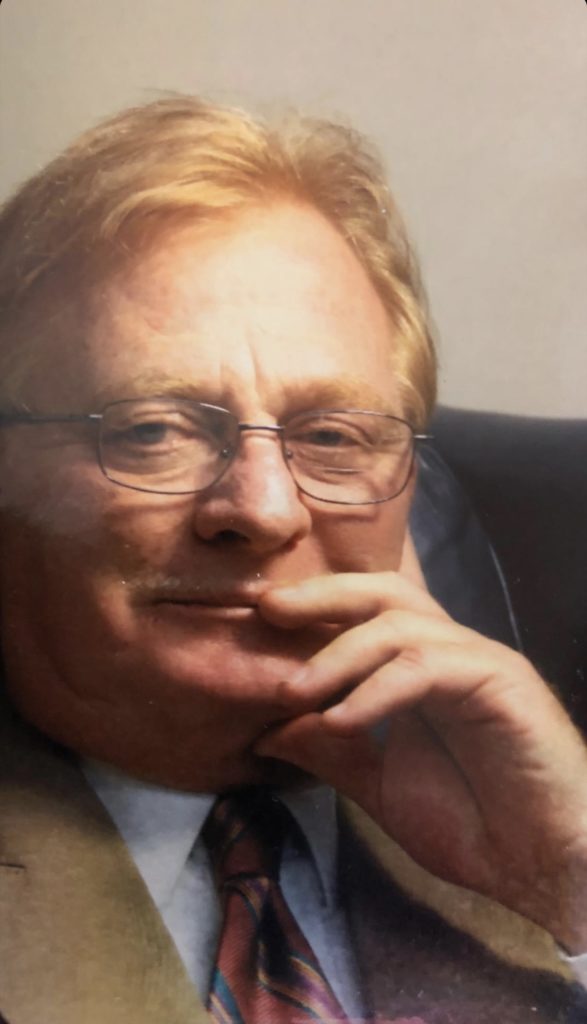 Major William Edward ReBrook III, Esq., known to all as “Big Ed,” returned to the Mansions of the Lord on September 4, 2021. After besting countless foes in thousands of courtroom battles, he finally fell to COVID 19. A singular wit and brilliant mind has passed to eternity. He lived seventy two years, four months, and two days.

He is survived by his sisters, Mary Jane, Sally, and Melanie; his brothers, Patrick and Scott; his two children, Edward IV and Kaitlyn; and his three grandchildren, Kenna, Sawyer, and Ravenna; his former wife, Beckie Drumheler; and his many loyal friends, clients, and colleagues who will miss and remember him.

He was preceded in death by his parents, Wm. Edward II and Mary Jane (Haller) ReBrook; one brother, David; one sister, Vicki; and his beloved wife, Lynne.

As a courtroom lawyer, he was without equal. He could make a jury laugh or weep. And he never turned down a person in need of his help for lack of money. Those who loved him will fondly recall his laughter, his love of storytelling, his awe for Churchill, his craft in the kitchen, his calm in loss, and his grace in victory. His passing leaves a hole that can never be filled and a legacy that will echo for generations.

Rest In Peace and Farewell.