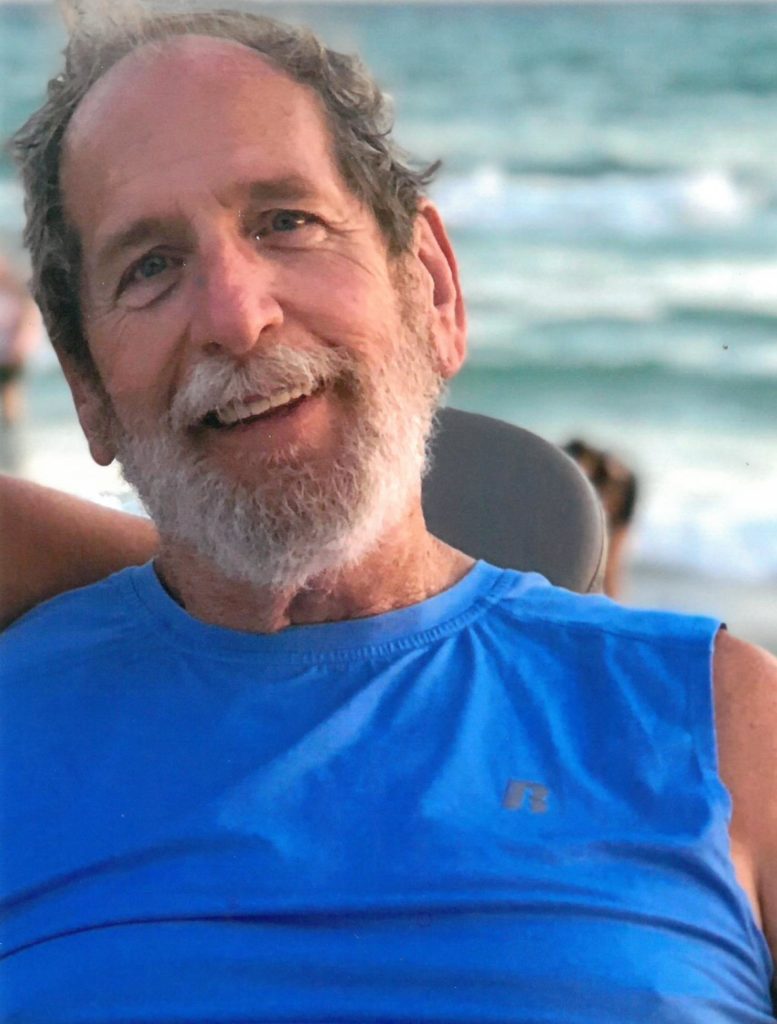 George/Ed Stewart, 65, resident of St. Albans, WV, passed away September 21, 2021, at Hubbard Hospice House, Charleston, WV, with his wife and family by his bedside as the angels took him home. George/Eddie was born June 4, 1956, in Weston, WV, the youngest child to the late Robert Sherwood Stewart and surviving mother, Reta Virginia Frymier Stewart of Jane Lew, WV. While working in Charleston, George/Ed met and fell in love with Paula Skiles who he married September 7, 1991.
Surviving are his wife, Paula Skiles Stewart; two daughters, Maria Stewart (Michael Baria) of St. Albans and Samantha Stewart of Walkersville, WV; grandchildren, Kaylee Jade Stewart of St. Albans, Devon Stewart of Weston and Jhonathan Stewart of Walkersville; and one granddaughter soon to arrive. Also surviving are sister’s, Ruth (Charlie) Straley, Sharon (Mike) Franklin, and Sandy Smith, and brother Robert Jr. (Janie) Stewart. He is also survived by his mother-in-law Betty Olive, along with sisters-in-law and brother-in-law. He is also survived by numerous nieces, nephews, great nieces, great nephews and cousins. Surviving are his Aunt Mercelie Frymier Bennett and Uncle Orville Jack Frymier of Tanner, WV.
Besides his father he was preceded in death by his son, Jonathan Edward Stewart and his respectively grandparents Frymier and Stewart families of Gilmer, WV, and Ritchie Counties.
To his Jane Lew family, friends and classmates, he was known as Eddie Stewart, and was a 1974 graduate of Lewis County High School.
His life as George Stewart was lived in Charleston/St. Albans. He drove trucks of all sizes from local delivery trucks to cross country 18-wheelers and pipeline 18 wheelers carrying loads of pipe. He was a good friend to many and was always ready to help someone that needed help. He loved Chevrolets—Camaros and trucks. He was an avid fan of NASCAR and enjoyed yearly races at Charlotte, NC.
On September 24, 2013, while on a hillside in Doddridge County, WV, he was run over by a trailer full of pipe. He was life-flighted to WVU –Ruby Memorial Hospital where he was aware of what happened and talked to his parents before going into a coma. He had a severed spinal cord, paralyzing him below the waist, a crushed lung and damaged shoulder. After hours of surgery, he stayed in the coma for weeks. Finally, he was flown to the Shepherd Center in Atlanta, GA, for rehabilitation. He called the center his angel. He learned to live life as a paraplegic and they healed his mind as well as providing life skills like grocery shopping and getting in and out of his wheelchair. He was a miracle. On Christmas Day, 2019, he gave his mother the gift of seeing him take steps with the aid of technology. He was later diagnosed with blood cancer and received blood frequently during the past six months. He was so proud during this time when his daughter, Maria, earned her LPN license and he saw granddaughter (best friend) Kaylee grow into a happy seventh-grader. As his pain worsened, his wife and love of his life Paula was with him. He was always planning for tomorrow and what he’d be doing. He fought until the end. He is an inspiration to call who know him.
The family provides thanks to all the nurses at Charleston General and Charleston Memorial for the care provided during lengthy hospital stays. Also thanks goes to Mountaineer Home Health, especially Elisha for her excellent care.
Friends will be received from 2:00 to 4:00 p.m., Saturday, October 2, 2021at Barlow Bonsall Funeral Home, 1118 Virginia Street, East, Charleston, WV.
In lieu of flowers, George/Ed requested that donations be made in his name to the Shepherd Center, 2020 Peachtree Center, NW, Atlanta, GA 30309.
Condolences may be sent to the family at www.barlowbonsall.com.
Barlow Bonsall Funeral Home, Charleston, WV, has been entrusted with the arrangements.