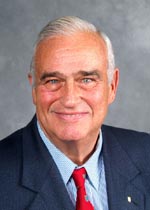 Isaac Noyes “Ike” Smith IV, 89, of Charleston, WV passed away peacefully on Tuesday, June 22. His loving wife of 61 years, Stuart Lewis Smith, was by his side.

Ike was a life long resident of Charleston, born on June 20, 1932 to the late I. Noyes Smith III and Eliza MacCorkle Smith. He was preceded in death by his parents, his sister Margaret Lyle Stevens, his brother William MacCorkle Smith, and great-grandson Jackson Lewis Perez.

Ike grew up in Kanawha City, attended Chamberlain School, Mercersburg Academy, and graduated from Charleston High School, where he was fondly remembered for singing and playing his ukulele in the school cafeteria.

He graduated with a B.A. from Washington and Lee University in 1957, and went on to receive his law degree from W&L in 1960. Ike maintained a deep appreciation for his alma mater and particularly the school’s commitment to a student governed Honor System while remaining “mindful of the future.” He was active in student government, serving as vice president of both his student body and his law class. He also served as captain of the W&L football team and played basketball. He was a member of the Omicron Delta Kappa, an honorary leadership fraternity, Phi Delta Phi legal fraternity, and Phi Delta Theta social fraternity. He was listed in Who’s Who in American Colleges and Universities.

Well known as a Charleston businessman and banker, Ike joined Kanawha Banking & Trust Company (KB&T) in 1960. Over the years, he exhibited expertise in the areas of trust, marketing, and commercial lending and was named President & CEO of KB&T and Intermountain Bankshares, Inc. in 1982.

In addition to his banking responsibilities, Ike managed four family land companies: Kanawha City Company, West Virginia Coal Land Company, Kanawha Company, and Roxalana Land Company, the operation of which caused him to be named in The State Journal’s 1997 Who’s Who in West Virginia Business. These four companies merged in November, 2000, to form a new company, Kanawha-Roxalana Company, of which he served as President & CEO, until his retirement in 2017. Ike continued to serve as a director of the company.

Ike served in a variety of public and business positions including District Governor for Rotary International, Chairman of the Charleston Area Chamber of Commerce, Vice Chairman of the Charleston Urban Renewal Authority, board member of the West Virginia Humanities Council, West Virginia Education Alliance, College Summit of West Virginia, Yeager Airport, Charleston Renaissance Corporation, Business and Industrial Development Council, and the West Virginia Foundation of Independent Colleges & Universities. Other former board memberships include Diamond Ice and Coal Company, the West Virginia Roundtable, Goodwill Industries, Fund for the Arts, Fellowship of Christian Athletes, and the Salvation Army. He also served as Chairman of the Riverfront Park Committee, The International Conference on Prevention, and as Treasurer of the Governor’s Task Force in 1986. He was an emeritus trustee of the Booker T. Washington Institute and a member of the Stratford Hall Endowment Fund Investment Committee. He served on the Advisory Council of the Carnegie Hall Foundation in Lewisburg.

Ike was active in fund raising efforts for the YMCA (1990 Spirit of the Valley Award), City of Hope (1995 “Spirit of Life” award), Sunrise, United Way, and Fund for the Arts. The Charleston Renaissance Corporation presented him with their “Volunteer of the Year Award” for the year 2000; and in 2003, he was honored by Junior Achievement as an inductee into their West Virginia Business Hall of Fame. In 2020, Ike and his wife, Stuart, were honored by the Buckskin Council BSA with the “Good Scouter” award for their exceptional service and leadership to young people and their communities.

Ike always emphasized the importance of higher education. He served as a trustee emeritus of the board of trustees of W&L and of the University of Charleston. He served as co-chairman of the 1995 Capital Campaign for W&L and a representative of the Washington Society and Liberty Hall Foundation on W&L’s 250th anniversary. Additionally, he was a founding member and treasurer of the Faculty Merit Foundation, a non-profit organization dedicated to the recognition of outstanding university and college teachers in West Virginia.

Ike was a member of the American Bankers Association and the West Virginia Bar Association.

He was a life long member of Kanawha United Presbyterian Church, where his grandchildren currently attend as eighth generation congregants.
He served as an elder and Property Trustee for over fifty years.

Ike was an avid lover of sports and rarely missed a football game, lacrosse or wrestling match when one of his three sons were participating, regardless of state or distance from home. Some of Ike’s greatest times were watching his sons play football at Episcopal High School, Virginia Episcopal, and Woodberry Forest, and later in college at Princeton, VMI, and W&L. Remarkably, he only missed a handful of all these games. His love of football continued late in life with dozens of destination bowl trips for WVU with his family.

Racquet sports were a large part of his life for sixty years. He and his partner Tote Davis dominated the Charleston Public Courts Tennis Tournament in the 1960’s and were politely dissuaded from participation. They returned to win the 65 and over category prior to Tote’s death. Ike then proudly won the 80 and over in later years with new partner Ab Bailes. A highly competitive squash player, Ike was known for his quick hands and imposing presence on the court for the Edgewood team, particularly in their epic matches with Louisville.

Ike was always passionate for the great outdoors. Fly-fishing was a major enjoyment and large part of his life. He claimed to “feel closer to God” with fly rod in hand. He achieved his lifetime dream, fly fishing at iconic venues on five different continents — most notably New Zealand, Argentina, Scotland, Alaska, and Kamchatka, Russia.

Other highlights include 60 years of annual beach vacations to Pawley’s Island, SC and boating the NC coast with his three brothers. He also enjoyed an occasional libation.

Affectionately known as “Big Ike” by friends and family, he is remembered for his singing and dancing. “Sweet Georgia Brown” was his signature song, and his many renditions, including New Years Eve with Lester Lanin and the Charleston Regatta with Benny Benack, are cherished memories. In later years, “If you don’t like peaches baby, quit shaking my tree” was added to his regular repertoire. A familiar family gathering over the years included Ike singing “Mountain Dew” with his Prichard cousins in Lewisburg. More recently, he sang duets with the nursing staff at Edgewood Summit, and most notably “Country Roads” with caregiver Calena Dorrough, up until his last moments. Music revitalized him. A large man, nonetheless, dexterous on the dance floor, he was appropriately named the “Dancing Machine” by music legend Winston Walls. He was truly the life of the party wherever he went.

Above all else, Ike loved his family and many friends. He cherished his Lewisburg home away from home at Smithover in Greenbrier County, WV, which he often referred to as “God’s Country.” He loved mowing grass and fishing with his grandchildren. Ike and his wife Stuart recently celebrated their 61st wedding anniversary, and a large part of the success of their marriage and their family closeness can be attributed to Lewisburg and the numerous canoe trips, picnics, and family car travels associated with this family home. Stuart and Ike devoted their time and energy to the meaningful things in life, and showed their children the true value of family and making memories for a lifetime.

Ike never met a stranger. To know Ike was to love his spirit and contagious laughter. His family and friends will miss his encouraging presence, his ever-present smile and positive attitude. He found the good in most situations and brought the best out in others.

Special thanks to the administration and staff at Edgewood Summit and Arthur B. Hodges Center, and notably Visiting Angel Patti Stamper, who provided Ike with loving and professional care, undoubtedly helping make his last months of life more fulfilling.

Janet Booker, Ike’s administrative assistant for over 35 years, has been a loyal and constant support to Ike and his entire family. Her patience, kindness and love will be forever appreciated.

In lieu of flowers, donations may be made to: Kanawha United Presbyterian Church, 1009 Virginia Street, East
Charleston, WV 25301

A memorial service will be held at 11am, Tuesday, July 6 at Kanawha United Presbyterian Church, Charleston with the Rev. Patterson Lyles officiating. Social distancing will be difficult, and masks will be welcomed.
The family will receive visitors one hour prior to the service in the Peyton Garden.

Barlow-Bonsall Funeral Home is in charge of arrangements.