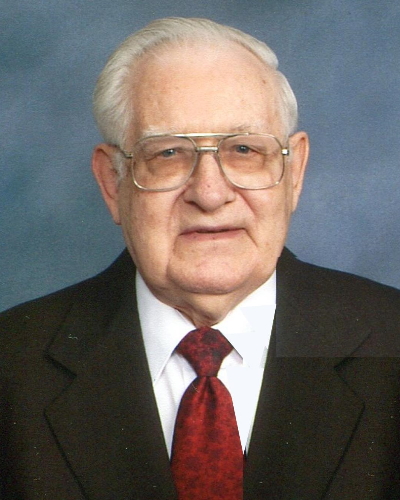 Joseph was born on June 19, 1924 in Morrisville, PA to the late Marie and William G. Comisky.

He was retired from the United States Postal Service, where he had been the Postmaster in Beckley, WV.

Joseph was a World War II Navy veteran, serving in the Pacific in the “Seabee” Battalion.

After his service to his country, he attended and graduated from Morris Harvey College, now University of Charleston.

In addition to his parents, he was preceded in death by his wife, Jane Elizabeth Comisky; brothers, Walter, Henry, Martin, William and Richard; and sister, Martha.

Graveside service will be held at 11:00 a.m. Thursday, May 26, 2022 at Tyler Mountain Memory Gardens, West Virginia Mausoleum, Cross Lanes, where he will be entombed next to his wife, with Military Rites and Rev. Father. Donald X. Higgs officiating.

The procession will leave Barlow Bonsall Funeral Home, Charleston at 10:30 a.m. to go to the cemetery.