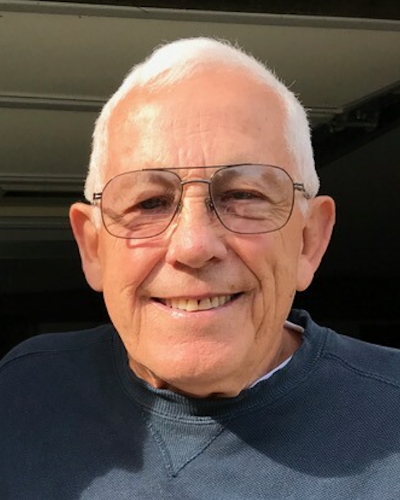 Lawrence Randall “Randy” Hay, 86, of Sissonville, WV went to be with his Lord and Savior, Jesus Christ on May 8th, 2022.

Those who knew Randy would say he was a Godly man. A man of service and friend to all.  A devout Christian, Randy was a member of the Aldersgate United Methodist Church and a member of the Methodist Men. He was also a proud alumnus of Walton High School, class of 1953. Randy loved his Sissonville community.  He was a volunteer firefighter for the Sissonville Fire Department, a member of the Lion’s Club and an active volunteer at Sissonville High School.  Randy spent many hours shaping the lives of numerous young athletes for more than fifty years of volunteering his time and talents (including mowing many lawns) in the community. In the last few years, you could always find Randy with a smile on his face and a bag of candy at the scorer’s table of football, baseball, and basketball games at Sissonville High School.

Among his many accomplishments, Randy retired, after 25 years, from the Army National Guard as a Major in 1978. Randy also retired from a 42-year career at Union Carbide (Rhône Poulenc) in 1995. Randy loved working on the farm and tending his gardens.  He would often share what he had grown with friends and neighbors.

Randy is preceded in death by his beloved wife of 54 years, Lana; parents, Shirkey and Hattie Mangus Hay; child brothers, John and Wendell; brothers Paul and James “Jim” Hay, and sisters, Mary Hay Smith and Arnetta Hay Painter.  He is survived by his sister Rainelle Hay Painter of Sissonville.

A Memorial Service will be held at Aldersgate United Methodist Church in Sissonville, WV on Friday, May 20, 2022 at 5 o’clock pm.  Pastor Danny Kinder will be officiating.  Visitation will be held one hour prior to the service. Saturday mornings were spent on the farm for many years of Randy’s life.  Therefore, it is fitting that he will return to the farm on a Saturday morning. Interment of remains will be at the Hay Family Cemetery in Cicerone, WV.

At the family’s request, in lieu of flowers, please make donations in Randy’s honor to Aldersgate United Methodist Church, Hospice of Charleston, or the Sissonville High School Athletic Boosters.

Barlow Bonsall Funeral Home is honored to serve the family of Mr. Hay.  Online condolences may be left at www. barlowbonsall.com