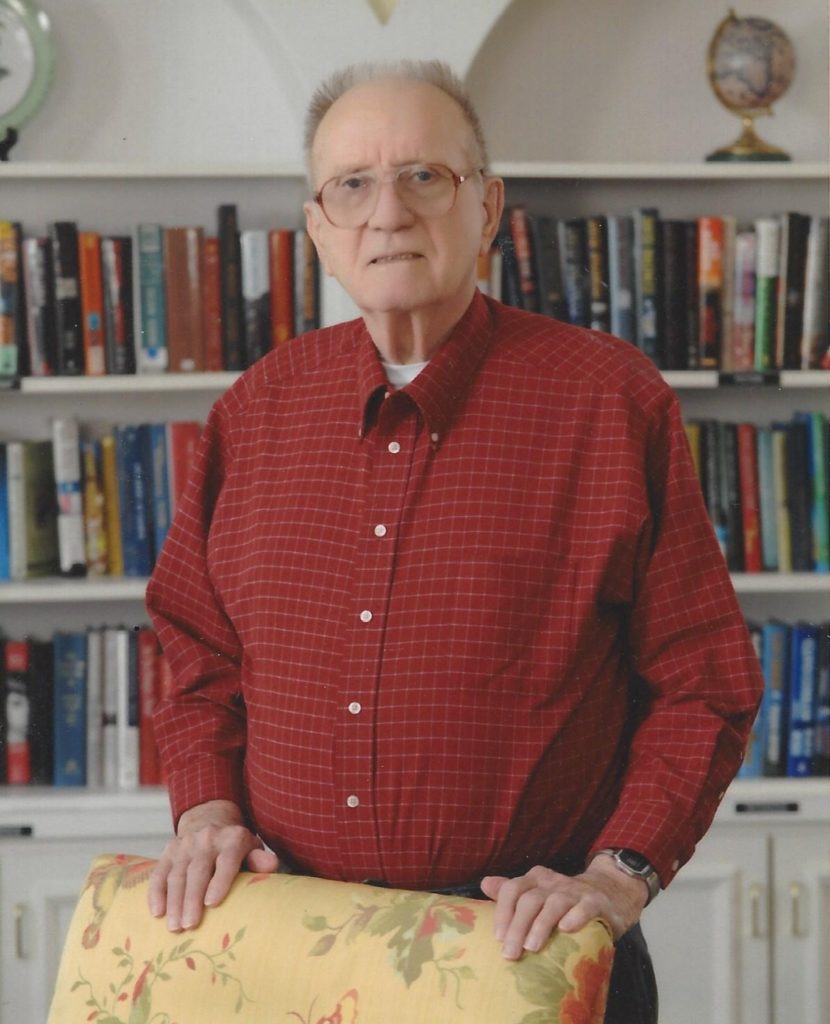 Patrick Thomasson, 86, of Charleston, WV, passed away peacefully on Saturday, December 4, 2021 after a long illness.

A Texan through and through, Pat was born and raised in the Lone Star State, graduating from University of Texas in Austin in 1956 with a BS in Mechanical Engineering. After a stint with the US Army, he began his career with Union Carbide, a career that spanned four decades, with assignments in Texas City, Puerto Rico and ultimately, Charleston, WV, where he specialized in wastewater treatment plant design. After retiring from Carbide in 1994, Pat continued working as a consultant for several years to companies in Texas, Kuwait and Malaysia.

A devoted husband and father, Pat’s greatest joy was the time he spent with his family. He and his wife of 56 years, Beth, were the very proud parents of four daughters: Patti Martin, Lisa O’Dell, Joan Meyers and Jan Kuhn. Many a day was spent on the sidelines, cheering a daughter on at a basketball game, a majorette festival, a track meet or a swim meet, and both Pat and Beth considered raising their girls to be strong, kind, independent women as their most important mission.
A life-long follower of Jesus Christ, Pat was also passionate about serving others, whether volunteering in the community or in his church, United Disciples of Christ. As his final gift, Pat donated his body to the WV Human Gift Registry.

A man of few words, Pat mastered the art of knowing when it was safe to speak in a house full of five women, and when it was best to sit silently! Though quiet, Pat was a great observer, and his quick wit and one-liners were legendary, and always brought a chuckle to those around him.

Pat was preceded in death by his wife, Beth; his parents, Walter and Pansy Thomasson; and his brothers, Walt and Russell.

A celebration of Pat’s life will be held at a later date.
In lieu of flowers, the family request donations be made in Pat’s memory to the: Alzheimer’s Foundation of America ( https://alzfdn.org/support-us/donate/ ), or WV Covenant House(https://covenanthouse.salsalabs.org/donationform/index.html.)or 600 Shrewsbury Street, Charleston, WV 25301.

You may send condolences to: www.barlowbonsall.com