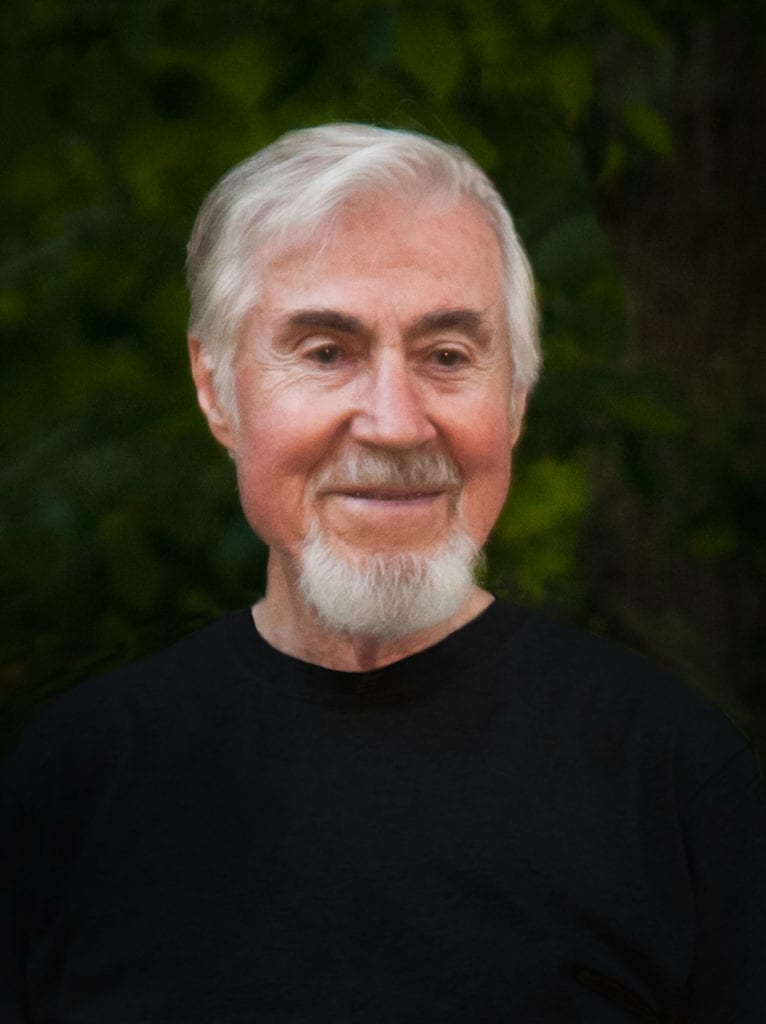 Raymond began his life in Chicago, IL in 1923. He was the second child of Alice Fitzgerald McNamara and Raymond E. McNamara. Raised in the Hyde Park area on the south side of Chicago, Ray attended various Catholic and public schools. During the Depression, he sold newspapers to help support his family. This fostered his lifelong passion for reading newspapers to keep up with current events. At the start of World War II, he joined the U.S. Navy and served on the USS Evarts DE5 in the European and Pacific Theatres. His Navy experience sparked a desire for travel that extended well into retirement.

During his time in the Navy, Ray decided to pursue a career in fine art and education. He attended the School of the Art Institute of Chicago (SAIC) on the GI Bill where he met his wife of 67 years, Paula, also an artist and educator. Having earned his Bachelor of Arts Education in 1950 from the SAIC, he went on to earn his Master of Art Education from the University of Michigan in 1957, and a Master of Fine Arts from West Virginia University in 1975. Ray began his teaching career holding positions in public schools, first in Illinois and then in Michigan. Interested in teaching on the college level, he accepted a position as the Acting Head of the Art Department at West Virginia State College in 1964, now West Virginia State University, where he taught for 25 years.
While raising a family and teaching, Ray continually produced and exhibited his artwork. His mediums ranged from painting and drawing to printmaking and sculpture. He was successful entering and exhibiting in art shows locally and nationally, receiving numerous awards for his work over the years. Besides the many private collectors of his work, his art can be found in the permanent collections of the Clay Center’s Juliet Museum of Art, Huntington Museum of Art, West Virginia State University, Bluefield State College, and the West Virginia State Museum contemporary art collection.
Ray and Paula had five children, born in the various places they lived. Together, they led their children on many camping adventures across North America, seeing the sites as well as visiting a plethora of art museums. Ray and Paula were able to continue their love of travel and art in retirement through their memberships in Partners in the Americas, Friendship Force International, the Sunrise Collectors Club, and the Juliet Museum of Art Collectors Club. They traveled to over 20 foreign countries enjoying the unique culture of each one.

A celebration of life will be held in late Spring 2021. The family appreciates your prayers, condolences, and comforting messages, which may be made at www.barlowbonsall.com.

In lieu of flowers, donations can be made in Raymond McNamara’s name and sent to the Huntington Museum of Art, www.hmoa.org , 2033 McCoy Rd, Huntington, WV 25701.
Barlow Bonsall Funeral Home has been entrusted to handle the arrangements.