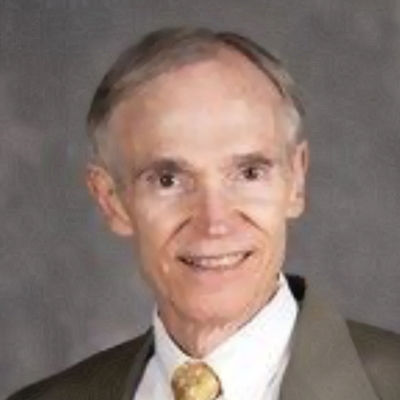 Richard Hampton Merrill of Charleston, WV, passed away on Tuesday, April 26th after a short but courageous battle with lymphoma. Richard was a remarkable and beloved husband, father, brother, uncle, and friend. He was kind, caring, compassionate, and loving; and has been described as not only a gentleman, but a gentle man.

Richard was born on July 13th, 1948, in Charleston, WV. He attended high school at the Gunnery in Washington, Connecticut, where he graduated in 1966. He was a graduate of Hampden-Sydney College in Virginia, where he was a member of the Chi Phi fraternity and the wrestling team. Richard made many lifelong and cherished friends during his college years.

Following graduation in 1970, Richard joined the Army National Guard. In March of 1971, he began working at Tyler Mountain Water Company which was owned and run by his father. Richard eventually became CEO and President of the company, and he was very passionate about his job. He just celebrated 50 years with the company in March of 2021, and he was CEO until his death.

Richard was a member of Edgewood Country Club and an avid squash player. He was past president of the Charleston Rotary Club and was on the board at Jefferds Corporation and the Regional Contracting Assistance Center. Additionally, Richard was a member of the Young President’s Organization (YPO) and eventually the World President’s Organization, as well as the Kanawha Valley Business Forum. He enjoyed his involvement in these clubs as well as the many friendships he made during his time with them. He was a lifelong member of Kanawha United Presbyterian Church, where his grandfather, R.H. Merrill, was the pastor in the early 1900s. Richard served as a member of the church session.

Richard was predeceased by his father, John Buffington Merrill, and his mother, Mary Louise Merrill. He is survived by his wife of 36 years, Sandra Lynn Merrill, and their two daughters Lindsey Marie (and her fiancé Aaron Olson) and Whitney Michelle Merrill. He is also survived by his sister, Mary Merrill (“Buffy”) Wallace, and brothers John B. Merrill, Jr. (and his wife Kathi) and Benjamin Spottswood Preston Merrill (and his wife Alice), and his 2 cousins that were raised by his parents, Peter R. Agnew (Nedra) and Sarah Agnew Perlow (Jeff); as well as many loving nieces and nephews. He is also survived by his parents in-law, William B. Murray and Maxine G. Murray, and brother in-law William E. Murray and his wife Cyndi.

Funeral Service will be 11a.m. Saturday, April 30th at Kanawha United Presbyterian Church, Charleston with Rev. Patterson Lyles officiating. A private burial will follow at Spring Hill Cemetery. There will be a visitation one hour prior to the service at the church and a reception will follow the burial service.

In lieu of flowers, donations can be made to the Leukemia & Lymphoma Society, Hospice Care of West Virginia, or Kanawha United Presbyterian Church.

Condolences may be sent to the family at www.barlowbonsall.com .
Barlow Bonsall Funeral Home, Charleston has been entrusted with the arrangements.