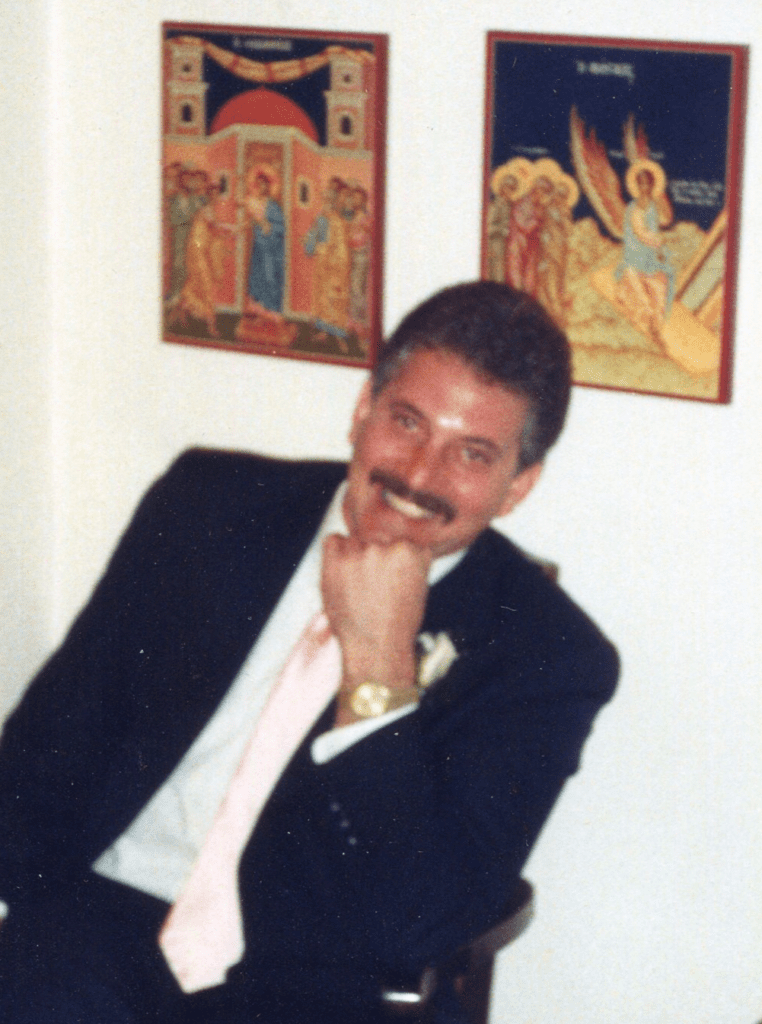 Robert Wesley Richardson of Charleston, WV completed his work upon this earth July 27, 2021.

On the 14th of March, 1952, the Good Lord placed an angel from his stables in the town of Fort Knox, KY, to do his good will for this world, and he did so, graciously. If all men are created equal, than that must be why he left his wings behind so as to not draw attention to himself, as he was never a fan of the spotlight, in his humble nature.

Robert W. Richardson did not lead a life, however, lead everyone whom he met to a better circumstance in their lives…claiming no credit for doing so, as was his generous nature. Through years of unrelenting service to his fellow man, his childhood brought him many lifelong friends. Many of them shared unbreakable bonds with him for his entire walk on earth.

Be it as a high school football star (sending shivers up the spines of opposing players), to his dedication to service in the U.S. Air Force, Robbie always held the regard of his team in the highest & it was returned to him via lifelong “team mates” and fellow servicemen.

Robbie followed his path to a career at DuPont where he further added to his list of enduring relationships. Being no stranger to a hard days work, he fit right into his role as a Master Pipe fitter / plumbing specialist among his fellow employees. He never stepped away from a tough day, and worked even harder for his family.

Married in 1990, Robbie continued down his dedicated path of hard work and selfless giving by accepting two children as well to his roster of “super fans”. Never a day passed where “Pops” didn’t go the extra mile to ensure a safe and cared for home. All of these people sensed there was something more to this Champion of a man. Everyone knew without knowing, everyone saw without seeing, everyone said without saying….Robbie Richardson was an Angel among us.

After a long battle with an incurable condition, Robbie knew he had on final task at hand…to return home and reclaim his wings he left behind 69 years ago, and sit upon his rocking chair to watch over his family, friends, his pup, and his tireless caregivers, from the house of Heaven. During his last years on earth, Robbie met a few more souls worth keeping an eye on in his caretakers….one in particular. While he was still able, he voiced his respect and admiration for him, as his family will as well, forever. Thank You Shannon Wright. Some knew him as Robbie or Bobby, some as “Bad Bob”, his kids called him “Poppa” or “Daddy”, his wife loved him as “Turtle”. The Good Lord knows him as “The Angel who walked amongst man”…but no matter the title, no matter the reason, Robert Wesley Richardson was, and always will be, the man I (his son), will forever aspire to become.

Visitation will be from 2 to 4 pm Sunday, August 1, 2021 at Barlow Bonsall Funeral Home, 1118 Virginia Street, East, Charleston.
In lieu of flowers – donations may be made to: Kanawha-Charleston Humane Association, 1248 Greenbrier St, Charleston, WV 25311.