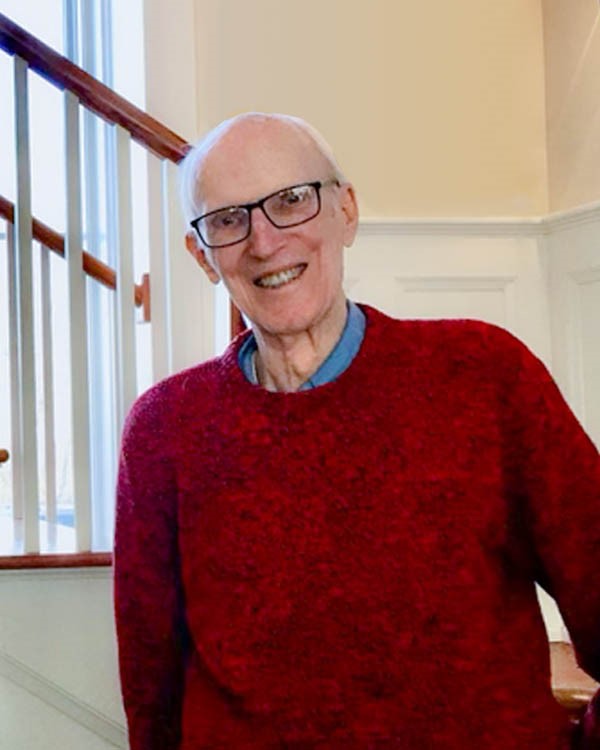 Pete passed away with family at his side on December 20, 2021 at the age of 91. A husband, father, grandfather, friend, giver, and helper, Pete led a good life.
A lifelong resident of Greater Charleston, Pete fondly recalled his childhood years in Armour Park, South Charleston, from 1933 through 1940, which he described as his happiest childhood days. Homes were open and family members visited back and forth especially during holidays. Kids were everywhere, and the neighborhood had a baseball diamond, sidewalks, caring parents, a school with the first three grades, a swimming area, and a corner grocery owned and run by Mose Zegeer, his wife, and their 6 boys. He loved this community of rented houses and the U S Marines based there from WWI. It was a paradise that seems impossible today.
Pete’s parents were William (Pete) Tompkins Slicer, Sr., and Mundy Johnson Slicer, also lifelong residents of Charleston. He was their only child. He attended one year of Charleston High School, then graduated from Mercersburg Academy, where he lettered in basketball and track. He was president of one of two debating clubs, the senior club, and was on the student council. He was a Sigma Chi at WVU and finished at Morris Harvey College after he returned home to care for his invalid father when his mother died suddenly.
Although he dated many girls, he married the only girl he ever loved, Sally Ann Kelly, in 1955. They had three children. He is survived by his wife Sally, daughter Susan Kearns (Tom) and their two children Emily Freitag (Greg) and Megan Kearns, son Will Slicer (Virginia) and their two children William and Caroline, and son John Slicer and his son Jack.
Pete was passionate about helping underprivileged children, and he did that through the Boys and Girls Club sponsored by the Salvation Army, where he tutored elementary children through a literacy program he helped start. When a mutual friend, Haven Rollins, died, Lawson Hamilton and Pete decided to honor Haven by creating an endowment to guarantee the literacy program at the Boys and Girls Club, as it was a favorite charity of Haven’s. They formed the Haven T. Rollins Endowment Fund through the Greater Kanawha Valley Foundation (GKVF). After Lawson’s passing, Pete changed the name to the Hamilton & Rollins Boys & Girls Club Reading Education Fund. This fund now significantly helps the Boys & Girls Club provide teachers for the program.
Pete helped with arrangements for the Appalachian Children’s Chorus to bring Boys and Girls Club children into their program. Pete and others helped revitalize the Boys and Girls Club and introduced crafts, sign language, homework help, and other programs geared to build self-esteem and confidence in elementary age children. Over the years, he served as chairman of the Salvation Army board and chairman of the Boys & Girls Club council. He and Sally also supported the Christian Children’s Fund for over forty years sponsoring children in undeveloped countries.
As a member of the First Presbyterian Church, Pete served as an elder and usher. He served as president of the Senior Sports Classic and played on two gold medal basketball teams. He was a member of Charleston Rotary and served as its president, assistant district governor, and chair of its Rotary Foundation position. He was recognized many times as a Rotary Paul Harris Fellow. He and Sally enjoyed traveling, tennis, biking, scuba diving and their place at Snowshoe where Sally skied, and Pete relaxed and hiked.
Pete worked forty-three years in property casualty insurance retiring his career as president of Patterson Bell & Crane agency where he gave credit for his success to his employees who were caring and professional. He always told them that although he signed the checks, the customer made it all possible.

He is already greatly missed. The family will hold a service on a later date to be announced.