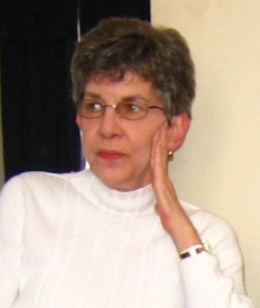 Orita Jean Payne Bonnet, 81, of South Charleston, West Virginia, passed away on June 29th, 2021 at CAMC General Hospital after a brief illness. Referred to as “OJ” by many of her friends and family, Orita was a beloved mother, grandmother, great-grandmother, sister, teacher, and confidant.

Orita was a native of Charleston, West Virginia and was born on July 8th, 1939. She is proceeded in death by her mother, Anna Eugenia Webb; father, William Payne; step-father, Robert K. Duncan, sister-in-law, Barbara Duncan; and niece, Cathy Payne.

Orita graduated with honors from Stonewall Jackson High School, and continued her education at West Virginia State University. Soon after, Orita found her calling in life as an elementary school teacher for the Kanawha County, WV., school system. She loved being a teacher, and she did so for 45 years. Orita’s devotion to her profession was admirable as she took great pride in her students and taught valuable lessons both inside and outside of the classroom.

Acting as the matriarch of her family, Orita found fulfillment in being surrounded by her loved ones during the seasons of her life. As she watched her descendants grow, she left an irreplaceable impression on them. She enjoyed reading books and gardening with her grandchildren, helping with homework assignments, and even took on the role of seamstress as she created clothes for her children during their youth. Countless movie nights and celebratory family cookouts also brought great joy to her life.

Orita was a devout Christian, and decades-long member of First Presbyterian Church. She was an active member of the congregation, head of her circle, and a Sunday school teacher. She was the recipient of the annual Presbyterian Woman Honorary Life Membership Award in 2014, a bestowment which was particularly meaningful to her. Orita encompassed what it means to be a Godly woman, and she did so with grace and compassion.

Orita possessed a beautiful presence, a charming quick wit, a love for animals, and a perceptive mind. At the crux of Orita’s personality was her giving soul, which was made apparent by her status as an organ donor. Orita loved to read, partake in birdwatching, and especially tune into her nightly episode of Jeopardy. She was generous with her love, time, and smile and will be remembered fondly by those who knew her. Undoubtedly so, heaven gained a breathtakingly beautiful angel.

A celebration of Orita’s life will be held July 8th, 2021 at First Presbyterian Church, Leon Sullivan Way, Charleston WV. Visitation will be 12:00 PM – 1:00 PM. The service will follow at 1:00 PM. In lieu of flowers, donations may be made to First Presbyterian Church of Charleston.
You may send condolences to the family at:www.barlowbonsall.com
Barlow Bonsall Funeral Home has been entrusted to handle the arrangements.