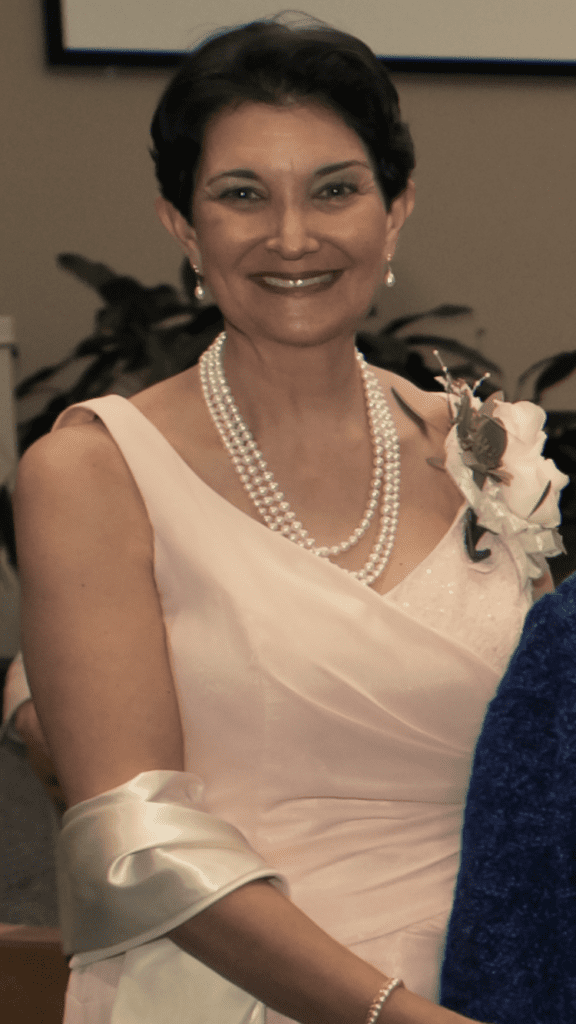 Sharon was born on February 25,1954 in Charleston, WV, daughter of the late William and Idell Hamady. She was preceded in death by her husband Robert Alexander Jones Jr.

Sharon was a 1972 graduate of Charleston High School where she was a majorette and Student Body President. She graduated from UNC Greensboro in 1977 with a BS degree in Home Economics specializing in Early Childhood Education.

She was director of a Day Care Center in Charleston, WV and then moved to Chicago, where she was a mental health specialist at Illinois State Psychiatric Institute working with inpatient children.

Sharon worked with the Department of Child and Family services as a legal guardian with the courts to place abused and neglected children in foster care. She also worked as a teaching assistant at Shaw Elementary School in Scotland County, NC, a guidance counseling assistant at Sycamore Lane Middle School, and as a computer instructor in that same district.

She was a safe haven for many people in recovery, from teenagers to the elderly. Overall, Sharon was a pillar of strength and empathy as she extended love, warmth and generosity to all who crossed her path.

Sharon was gifted with an eye for creative interior design and assisted many people with interior decorating ideas. She was also instrumental in her community assisting in cleanup after a disastrous tornado, which destroyed many homes and businesses.

Sharon was beloved by her family and friends for her warmhearted nature, kindness, generosity and beautiful smile.

A private family funeral, no visitation due to Covid concerns, will be held at 1:00 p.m., Friday November 12, at Barlow Bonsall Funeral Home. We welcome all friends and other family unable to attend to see Sharon Jones’s obituary at www.barlowbonsall.com on Friday at 1:00 to use the link there to watch the Live Stream Video Service via YouTube and also leave condolences to the family there as well.

Thank you to the nurses and doctors of Hospice in both Durham and Smithfield North Carolina for caring for Sharon, allowing her to pass through the end of her life with dignity and respect.

In lieu of flowers, donations may be made to SECU Hospice House of Johnston Health, Smithfield, NC, Durham County Hospice, or the PSP Foundation.

Barlow Bonsall Funeral Home, Charleston has been entrusted with the arrangements.
You can watch the service by live streaming click on the link below: