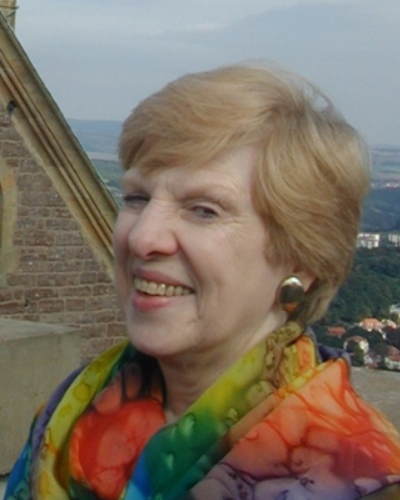 Born August 18, 1937, in Lewellen, Nebraska, a small rural town on the Oregon Trail, Dr. Naviaux was proud of her Nebraskan and Belgian heritage. She graduated from the University of Nebraska, obtained her Master’s degree from Iowa State University and her Ph.D. in psychology from Duquesne University. Her professional and volunteer record includes leadership and accomplishments in the academic, public service, and private sectors. LaRee wished to make the world a better place for everyone.

Dr. Naviaux taught at West Georgia University, Carrollton, Georgia, before moving to Charleston in 1973 to join the love of her life, Frank D’Abreo. She became Regional Director of Children’s Mental Health services, Region III, and was a member of the Court Appointed Special Advocates for Children (CASA) program’s Advisory Council. For over two decades she maintained a private practice in child psychology and family counseling and also provided psychological services to other organizations including the Kanawha County School system.

LaRee was a kind, gentle person and enjoyed life to the fullest. She welcomed others with a warm smile and an infectious laugh that made people feel at ease regardless of their culture and status. She loved poetry, plays, concerts, traveling, dancing, and gourmet cooking with the Charleston Gourmet club. She dressed elegantly and was known for her beautiful scarves. She traveled extensively (over 40 countries) and made sure she had danced on all seven continents.

She gave generously of her time, professional skills, and resources, focusing her volunteer work on social justice, civil rights, education, music and the visual arts. She wrote lyrics and music for two CD’s: her “Tribute to the World YWCA,” highlighting the YWCA’s history and focus on inclusion and women’s empowerment, was played at the 2011 International YWCA Conference, Zurich, Switzerland. She also created a meditation CD, “In This Moment.” She was an active Life member of the India Center. LaRee served on the board of many organizations, including the YWCA of Charleston, Friends of WV Public Broadcasting, the Charleston Chamber Music Society, the Collectors Club of the Clay Center’s Juliet Art Museum, Community Mental Health, Region III, and served as President of the West Virginia Institute for Spirituality.

LaRee was passionately devoted to civil rights and equality for all. She marched in the 1965 Selma to Montgomery, Alabama, march and volunteered at Tuskegee Institute (now Tuskegee University). She was appointed as the first Project Director of the Head Start training program in 1965, overseeing training of the first 400 Head Start Teachers for preschool learning centers. In 2015 she organized, funded, and led Charleston’s 50th anniversary Selma march commemoration, from Charleston’s East End to its West Side across the Kanawha Blvd. Elk River Bridge, to help cooperation and understanding between the East End and West Side communities of Charleston. The Martin Luther King, Jr., State Holiday Commission awarded Dr. Naviaux the 2021 Advocate for Peace Award.

In lieu of flowers, the family suggests donations to HospiceCare, 1606 Kanawha Blvd W., Charleston WV 25387, or your favorite charity.