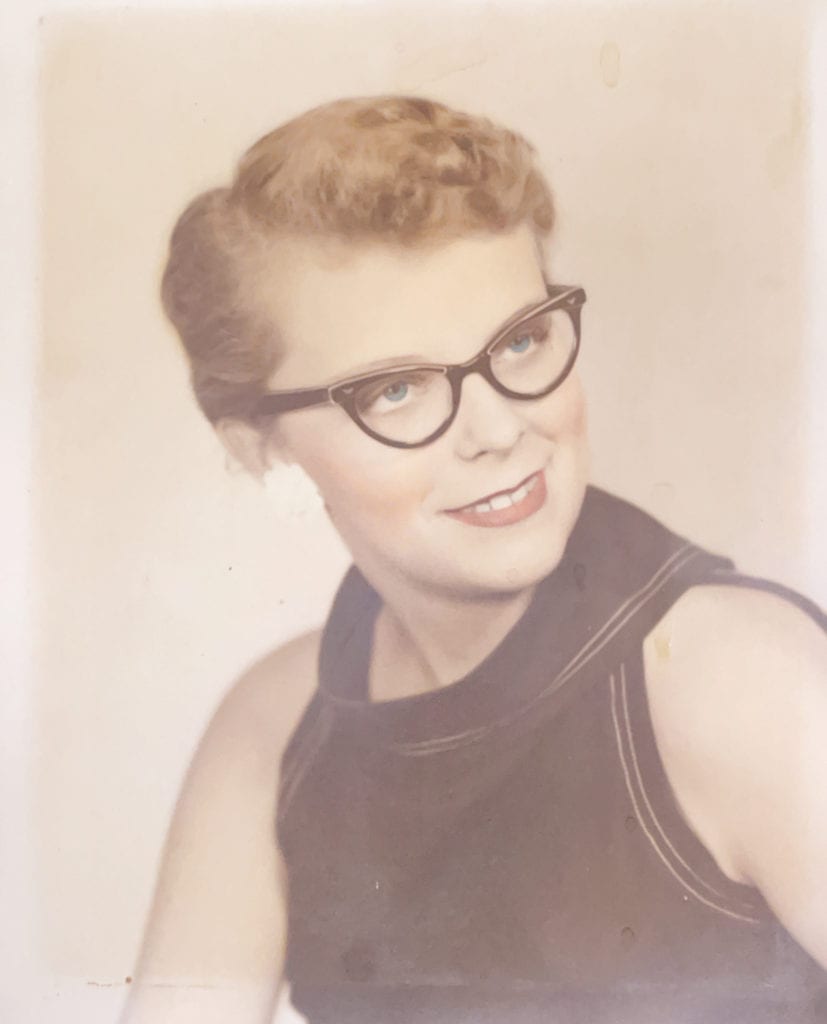 Carolyn was born on May 10th, 1940 to Harry and Iva Marie (O’Dell) Scharf in Richwood, WV. She graduated from Richwood High School at age 16, having been “double-promoted” twice due to her intelligence. At age 18, she moved to Charleston, where she gave birth to her only child, Harry R. “Rick” Scharf and, two months later, started working as a legal secretary for Arden J. “Pooley” Curry, for whom she would work for over five decades. She was devoted to Mr. Curry and his family, who treated Carolyn and Rick as family.

Carolyn was a single parent in an era when that wasn’t common, and she gave her son a stable and beloved childhood on the West Side. At age 30 she started volunteering for the local Civil Defense organization, which led to her training to become an emergency medical technician, spending weekends for a couple of years riding in ambulances.

In her search for a spiritual home, she started attending services in her early thirties at Boyd Memorial Christian Church near the West Side’s Five Corners. She would remain a lifelong member of this church through its transition to United Disciples of Christ Church. They provided a home and community to her for which she was always grateful and which she repaid through loyal service as an elder and member of the choir. Carolyn had an empathic heart, full of compassion for others, especially those less fortunate. She embodied true Christian principles in this regard. She made fast friends in church, such as Betty Beeson, who was an invaluable help to her in her final years.

In her fifties and sixties, she fulfilled a long-deferred desire to attend college, taking part-time classes at West Virginia State College (now University) in Institute while still maintaining her full-time legal secretary position. She was a History major with a special interest in Military and World War II history. This love of military history fueled her support, both emotional and financial, of disabled veterans.

After retirement at age 69 (although she would still work part-time for Mr. Curry), Carolyn became a volunteer for several years at Women And Children’s Hospital. She served in the Neonatal Intensive Care department, where she would rock babies until they fell asleep. This activity brought her great joy and purpose.

At age 75, she started exhibiting signs of dementia and, at age 77, moved to Brookdale Charleston Gardens’ assisted living facility. At age 79, she transitioned to their Memory Care wing, where she was well cared for until her final breaths at age 81, with assistance from HospiceCare at the end. Carolyn was preceded in death by her parents, Harry and Iva Marie, and by her younger sister, Ivowen (Scharf) Triplett. She is survived by her son Rick and by countless friends who loved her dearly.

In lieu of flowers, her son requests that donations be made to United Disciples of Christ Church in South Charleston. A memorial service will be held at the church later this year, date and time yet to be determined.

Barlow Bonsall Funeral Home, Charleston, WV has been entrusted to handle the arrangements.