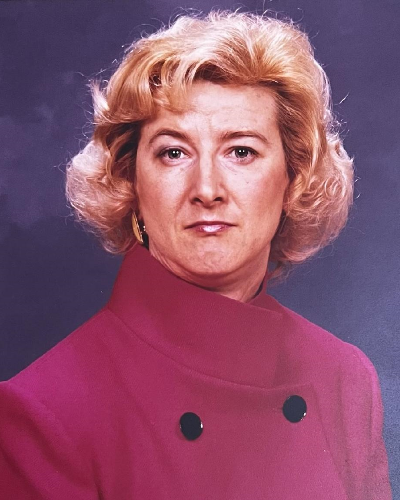 Dr. Gott was retired from the University of Southern California in Los Angeles, CA as Associate Professor of Neurology and Associate Director of the EEG/Evoked Potential Laboratories. Concurrently she was on the medical staff of the Los Angeles County + Southern California Medical Center, USC University Hospital, and Children’s Hospital, all in Los Angeles, and Huntington Hospital in Pasadena, CA. Dr. Gott authored numerous scientific publications and presented her research at national meetings throughout the country.

She was valedictorian of her Williamson (WV) High School class. In addition to may other activities and honors in high school, Dr. Gott was Worthy Advisor of the International Order of the Rainbow and was awarded the Grand Cross of Color for exceptional service.

During her studies at Stephens College in Columbia, MO, she won the prestigious Curators Award, Chemical Rubber Company Science Award in Chemistry and Area Distinction Awards for the highest grade point average in science, math, psychology, and social studies. In addition, she helped with community projects such as teaching Sunday School for people with a disability. She graduated with an A.A. degree in Biology.

At the University of Kentucky she earned a B.A. in Chemistry. She was awarded a NASA Fellowship for graduate study and graduated with a Ph.D., specializing in Neurophysiology and Biophysics.

After receiving an NIH Fellowship, she moved to Pasadena, CA to become a Postdoctoral Fellow with Dr. Roger Sperry, Nobel Laureate for his work on specialization of the left and right brain. With Dr. Sperry, she worked with patients who had half the brain removed, generally because of tumors. She was also involved in split-brain studies in which the fibers that join the two halves of the brain are cut, usually as a last resort for intractable epilepsy.
She returned to West Virginia for a year as Director of Research and Training for the State Department of Mental Health.

In 1975, Dr. Gott accepted an appointment in the Department of Neurology at the University of Southern California.

In 1984 she received the Distinguished Alumni Award from Stephens College and spoke at the Commencement ceremony. In 2000 she was honored as one of the initial members in the Williamson High School Hall of Fame. She was also the recipient of the Ability First, George Vick Jr White Swan Award, a tribute to inspiring individuals with disabilities.

Active in community service, Dr. Gott appeared on the National Cerebral Palsy Telethon in 1980 and 1981. She participated in a project with the Los Angeles School District to encourage disabled students to pursue careers in science and technology. In addition, she was President and a member of the Founding Board of Directors of LIV Living Independently in the Valley, an independent living center which provided information, referral and advocacy services for disabled persons and their families in the San Gabriel Valley. She was a member of the Child Advisory Board of the International Institute of Los Angeles.

Dr. Gott was preceded in death by her parents, Charles Gott and Ruby McCoy Gott. She is survived by several cousins.

The family would like to thank her long-time caregivers, Betty Kemp, Vicki Orr, Mary Chambers, and Amanda Orr for their support and compassionate care.