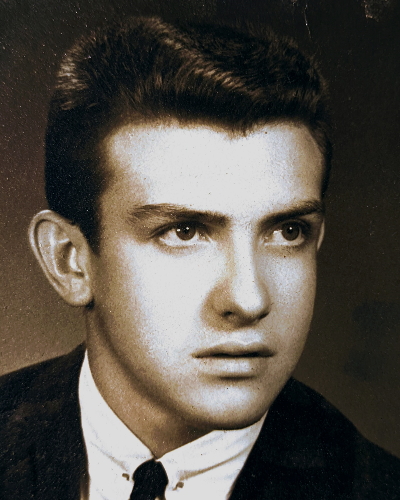 He was preceded in rest by his eldest son, Ronald Andrew Leach II; his first wife and mother of his three sons, Paula Franklin Leach; and his second wife, Katherine Newhouse Leach.

He is survived by his loving companion, Jeanie Nauta; his two devoted sons: Dariq Z. Leach of Atlanta and Paul M. Leach of Charleston; and his brother Richard C. Leach of Aiken, SC.

Andy was a graduate of Charleston High School (Class of 1961), Center College, The Graduate School of Consumer Banking at the University of Virginia, and the WV School of Banking.

He retired after 52 years from BB&T (now Truist) as Vice President of Sales Finance, having been with the bank through mergers since the days of Bank of West Virginia.

Andy was a long-standing member of numerous local fraternal and charitable organizations through which he developed countless lifelong friendships and professional relationships.

He was known for his endless energy, stamina, and love for the outdoors. He was widely known as a leader in his field. Andy was also a beloved teacher, mentor, and tremendous source of spiritual inspiration for those who knew him. His innumerable friends from all around the world followed his uniquely positive quotes and messages of truth. Andy’s dedication and service to his family, friends, and anyone in need will be greatly missed.

A Gathering of Friends will be from 1 to 3 pm Saturday, July 16, 2022 at Barlow Bonsall Funeral Home, Charleston.

Condolences may be sent to the family at www.barlowbonsall.com After life arrangements are entrusted to Barlow and Bonsall Funeral Home, Charleston.