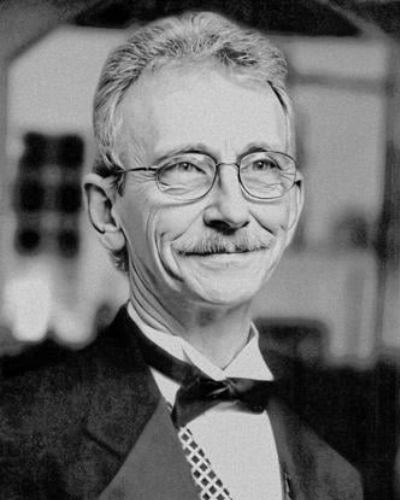 WILLIAM D. “BILL” LETT, 77, AKA “The Mayor of South Street” passed away November 12, 2022. A longtime resident of South Charleston, Bill was the son of the late Rev. Dave and Avalee Lett. He was also preceded in death by sister and brother-in-law Ruth Ann and Richard Swanson and in-laws Douglas and Rose Spaulding.

Survivors include: Bill’s devoted wife of 54 years Elaine Spaulding Lett and son Kristopher. He was a wonderful, loving husband and father.
Sister and brother-in-law Marjorie and Jerry Ledson of Myrtle Beach, SC.

In grade school ML was always his protector. When her stare would not suffice, she wouldn’t hesitate to throw a punch!
The family that became his even before he married Elaine – Brother-in-law Douglas C. Spaulding II, wife Linda of Scott Depot, WV.
Sister-in-law and husband, Pamela and Dana Gibeaut of Poca.
All shared a deep love and admiration for one another.

To say Bill adored his nieces and nephews, as well as great nieces and nephews is an understatement. They loved, adored, and respected their Uncle Billy and were saddened to lose him.
Amy and Johnny, Lisa, Mary, Ayden, and Makenzie were real lights in his life. Happy moments and long talks to impart his wisdom, (whether they wanted to listen or not!) took place a lot on the back porch.

He was so amazing! A brilliant mind, ever ready to take on any task, understand any problem and find the solution. Tenacious and self-reliant, Bill Lett would not stop until the job was done and done well.

Of course, Bill was helped by many dear friends in his work throughout the years, and so very grateful for their love and support. They just had to be able to keep up with him.
It took roughly 30 minutes to get from the plant to the house and eat a peanut butter/honey sandwich. After that he was back at it, ever eager to start in on the project of the day. Whether working on his home, a family member or a friend’s- there was always a project. All can look around to see one of Bill Lett’s jobs well done. Any day he could stand on his own two feet, he needed to accomplish a task, it made him feel whole.

He often commented on an elderly neighbor who had passed away cutting his grass, “That’s the way to go”.
Upon entering heaven, there was surely a golf game with dear buddies Papa Joe and Pete. When he found Johnny, wild stories and laughter soon would abound. What a great day for him!
Bill was a proud “Dot” from Poca High. Each out of town band trip had its own story to remember. He attended WVIT and graduated from WV State. In high school his escapades usually involved lifelong friend Danny Ingram. In college, he was fortunate to cross paths with artistic soulmate and confidant Ron McCracken. He truly loved both of these dear friends.
Bill retired from Monsanto/Flexsys. He was a chemical operator, but the job he relished was “in house” video production guru. It fulfilled his creative side and he loved it.
He coached baseball for years with South Charleston Little League. He was past president of WVMHCA. Coaching people in public speaking skills was another passion.
Thank you to his high school buddies that met at Tudors. His spirits were always lifted. He was upbeat on the ride home and the rest of the day.

A special thank you to the Dunbar group which he was a part of for many years. Each of you meant so much to him – you know who you are.

A couple of nuggets of Bill’s philosophy: “If you go through life and never intentionally hurt someone, help at least one person and you will come out okay in the end.”
Also, “When your grain of sand is picked up from the beach among all the other grains of sand, make sure you’ve left an impression when you’re gone.”
He definitely left an impression.

In the Spring we will have a celebration of his life well lived. There will be no formal service held at this time.
Kris and Elaine are grateful for each and every one of you. All our family and friends, he loved you all.