We Are Veterans Who Serve Veterans

Barlow Bonsall funeral home provides Veterans cremation and burial services. We will work with you to create an affordable and memorable Military service anywhere in the state.

Our Nation owes you a debt of gratitude. Whether you were in service during wartime or not, you can save up to $5,000.00 in Veterans Cremation Benefits. (some Veterans may receive more).

Barlow Bonsall coordinates and fills out all forms with the Veterans Creamtion’ Administration and Veterans’ Cemeteries.

The Veterans Cremation Administration offers certain benefits and services to honor our Nation’s deceased veterans, including:

Time Limits: There is no time limit to claim reimbursement of burial expenses for a service-related death. In other cases, claims must be filed within two years of the veteran’s burial.

We Are Veterans Who Serve Veterans

World War II Veteran
Interviews ‘Not many of us survived’ Death has dominated the life of Leonard Leroy Johnson
The Charleston Gazette
May 8, 2000
By Sandy Wells

DEATH HAS DOMINATED THE LIFE OF LEONARD LEROY JOHNSON

Most people associate him with the funeral home business – Leonard Johnson & Sons in Marmet and Barlow-Bonsall in Charleston, purchased in 1983. But 80-year-old Leonard Leroy Johnson could write two memoirs: one on his life as a funeral home director; another on his World War II adventures in the Army’s 3rd Infantry Division.

One of five survivors in an original regiment of 22,000, he earned nine bronze stars, a Purple Heart with three clusters and the highest French medal, the fourrag re of the colors of the Croix de Guerre, bestowed personally by Charles de Gaulle.

The war details would be painful to recall – the horrors at Anzio beach, the devastation at Colmar Pocket, the brutal, bloody battles that wiped out his division again and again. Some things you just don’t talk about, he said. “Anyone who’s been there would understand.”

But his face lights up when he talks about his foxhole buddy, Audie Murphy, the war hero who became a movie star. The “Sgt. Johnson” featured in Murphy’s book and film “To Hell and Back” is a funeral director in Charleston.

“I WAS born at Sissonville on Derrick’s Creek Ridge. My parents had a one-room country store, and they lived in it when they first started. They say I was born next to a flour barrel in the general store. My dad and my uncle, Noble Long, went in the funeral business on west Washington Street in 1928. Long & Johnson is what they called it, and we moved to Charleston about a year later.

“The first hearse we had was a 1928 Miller Meteor Continental. It was big time. Some funeral homes then were still using a horse and buggy. I started out pretty young. I used to make embalming fluid for them when I could hardly reach the side of the table. I wore a suit to junior high school because they would call me out on funerals.

“Back then, we went to homes to do embalming. A lot of people didn’t want to go to a funeral home. That was taboo, bad stuff, they thought. You had to take pumps and suction and a pressure gravity bowl and a portable embalming table. When you got through, you cleaned off the table and put a cover on and used it for the layout table until the family came in and bought a casket, which might be a week later. They wanted to keep the body at home as long as they could.

“Frye Cunningham loaned some money to his son, Everett, to buy part of Dad’s funeral home after Noble Long left. So then it was Johnson-Cunningham. Noble went down the street and opened up. They’d had a falling out, but in later years, they went back together, so it wasn’t too bad.

“I got drafted and went to Huntington for the exam. They shipped our butts out the next morning before daylight, a whole trainload of us. I didn’t even get to go home. We were losing the war. In 13 weeks, I was on a boat for North Africa. They put us on under machine gun guard, because most of those guys would have jumped ship if they had a chance. They knew they were dead when they got on the boat. I didn’t figure I would ever come back.

“There was no such word as surrender in the 3rd Division. The 3rd, 45th and 36th Infantry Divisions took the heat when it got so rough nobody else could take it. We were a pretty religious bunch. We didn’t cuss like you see in the movies. If you aren’t religious, you don’t stand much of a chance of going to heaven.

“I met Audie Murphy in the field when he got shot, and I got blown up, and they hauled us in an ambulance to the field hospital. I was burnt pretty bad. It burned my clothes off. They gave me a pair of coveralls to put on, but I didn’t have a shirt. So Audie and I would trade wearing his shirt. It lacked about six inches closing on me. He was just a kid, and very small. He weighed about 90 pounds. But man, you talk about a guy who would fight. He would jump across a room to fight.

“I was with Audie until he left. He and I went AWOL together. We were in a replacement depot waiting to go back to our outfits. We were the only two noncommissioned officers. They told us to take the men and drill them every day until noon, hard drill, until they healed up. These men had bleeding bullet holes in them, and they wanted us to drill them. So we just walked off.

“I asked the guard if he’d heard our orders, and he said he didn’t believe in it, but he didn’t know what we could do. I said, ‘Do you think you could turn your back long enough for us to get out of here?’ He said, ‘If you’ve got nerve enough to jump, I’ll turn my back.’ So we went to town and didn’t go back until time for our division to leave. How could they punish us? We were on our way to the front lines to get shot.

“Audie wrote a book about the war, ‘To Hell and Back,’ and I’m in it. My picture is even in it. I’ve seen the movie a dozen times. I never kept in contact with Audie, but he got killed in an airplane close to Morgantown. I always did say he was on his way here to see me.

“Not many of us survived. More than once, my entire division was wiped out. I was wounded I couldn’t tell you how many times. After we were wiped out at Colmar Pocket, I was in the French army for a while. I got a medal from de Gaulle. He found me in the field, just drove up and handed it to me like a man. I had a lot of medals in a cigar box, but my boys traded them for marbles.

“When we got to Hitler’s hideout at Berchtesgaden, three of us were in a Jeep, so we got there first. Most of the others were on foot. The place was on fire. I had to shoot an SS trooper coming at me with a bayonet. There are things you don’t talk about, things too rough for the public to know.

“The hideout was a beautiful place on the side of a mountain. It looked like that was all of it, but the mountain was just the top. There was a wide entrance to the elevator at the end of the hall, and all along the hall were rooms, like hotel rooms for when he entertained. The elevator went straight up through the mountain and came out on top. Then you could see where all the SS troops were kept.

“I didn’t come home with my division. I got out on points. The 3rd Division was scheduled to leave for Japan when we got finished in Europe, and the officers threw such a fit – they’d been there so long, one outfit turned over 16 times – that they decided to give all high pointers a chance to go home early.

“I was on my way home when the war ended. They operated on my spine when I got home. I couldn’t get a job. Finally, I went to driving a taxi and made the best money I ever made in my life. Everybody wore out their automobiles during the war, so if you went to town, you had to catch a cab.

“After taxi driving, I had a grocery store. Dad was still in the funeral business. I promised my wife I wouldn’t go back in it, but after 12 years, I caught her at a weak moment and went back into business with my dad. I opened up my own funeral home in Marmet in 1953. Now my boys, Wayne and Mack, run the business.

“I’ve dreamed a lot about the war and about some of the guys who are dead. It seems like it was a long time back. I was reminiscing yesterday, trying to come up with dates and places, and it seems like the more I thought about it, the vaguer it got. I’ve tried to let it go.

“I’ve got to have a heart operation next week. They said I might not make it. I lost a kidney in battle. I got shrapnel in my spine. I got burnt up. I got arthritis and rheumatism from all the time I laid on the ground. I figure I’ll make it through this operation.” 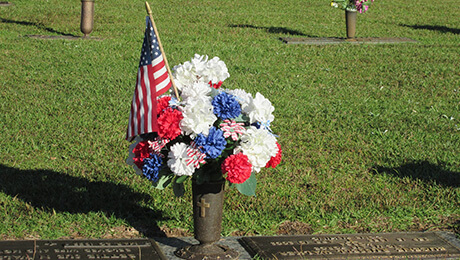 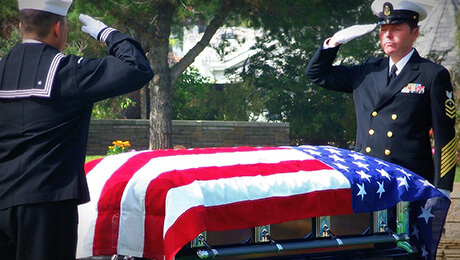