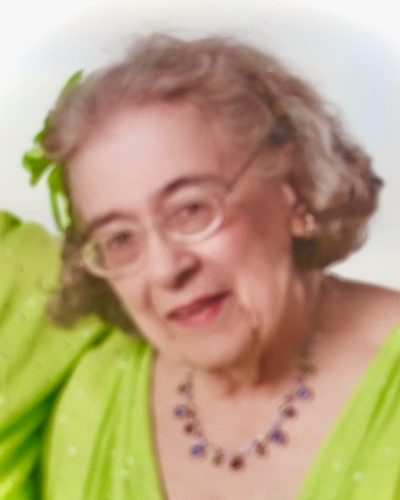 Louise Martin died of natural causes on Sunday, July 31, 2022, at the Hubbard House Hospice facility. She was 88 years old. Her mother named her Ruth Louise. However, Louise later decided to use her middle name.

Louise was preceded in death by her parents, Burton and Gail, and two brothers who died in infancy. Both of her parents were from Greenbrier County.
Louise never married and had no children. Any known relatives are also elderly. She attended Calvary Baptist Church in Charleston. She attended until a stroke made her housebound approximately five years ago.
She attended Stonewall Jackson High School. Her teaching certification was obtained after graduation from Concord College. She later attended the University of North Carolina at Chapel Hill, where she earned a Master’s Degree in Library Science.

Her teaching career was with the Kanawha County School System in Charleston. She was the school librarian at Sissonville, then John Adams Jr. High Schools. After retirement, she was a substitute teacher at various Kanawha County Schools. She also worked as a coordinator and guide at the World Travel Agency.

She enjoyed reading, traveling, arts and crafts, and hiking. With her father, she was a member of the Kanawha Trail Club for several years.
She loved animals, and always had at least one cat. One of her cats, Kiwi, lived to age 22 years. In childhood, she had a dog named Nikki, who protected her.
Her beloved cat, Patches, adopted her three years ago. He has kept her company and watched over her as well as any cat could.

She had a special passion for dancing throughout her life. In recent years, she performed with the Capital City Tappers and RM Productions, giving her final performance at age 82.

Visitation will begin one hour prior to the service at the funeral home.

<—– Click Guestbook on the left to leave a condolence. >