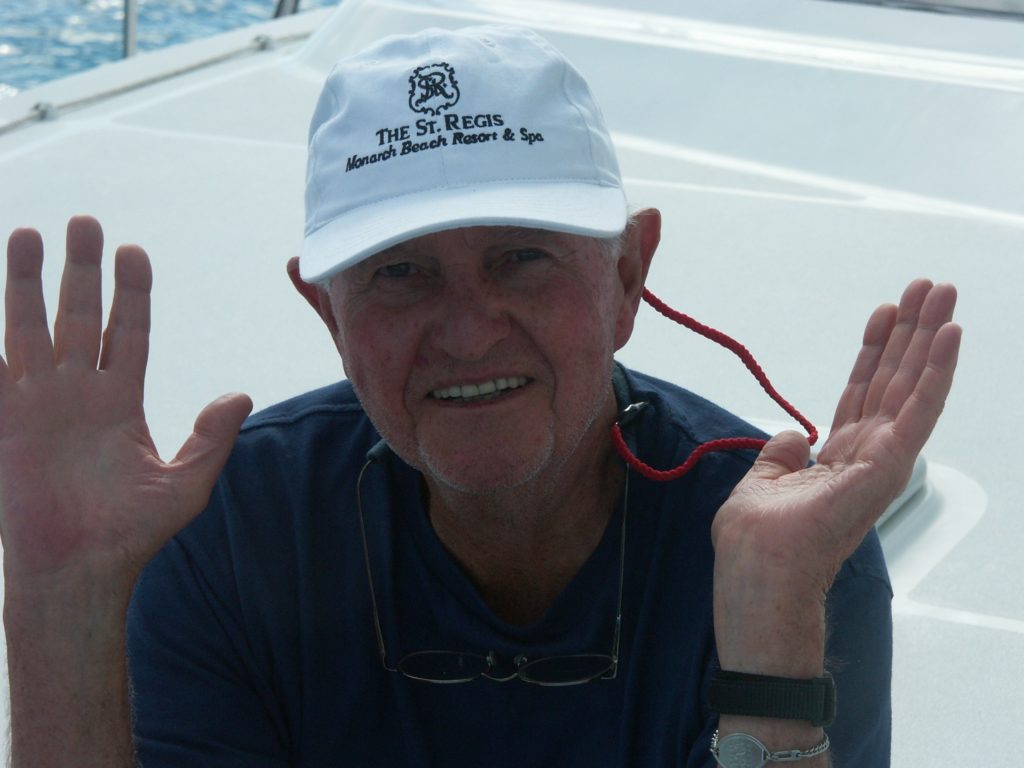 Don Rule “Rich” Richardson passed peacefully from this world at the age of 93 on Wednesday July 21st, 2021, and was reunited with his beloved wife Sally Keadle Richardson who preceded him in death. He was the son of Joseph Paul Richardson and Bess Rule Richardson of Catlettsburg, KY, but was born in Huntington and after military service and college made West Virginia his life long home.

He was loved and cherished by his daughters Paige and Evan Richardson, their spouses, Michele and David, his fantastic grandchildren Wesley and Lila, extended family, and many of you he met and cared for him along his journey through this life. He will live on in our hearts forever.

Don was one of the most resilient people many of us have ever or will ever know. Whatever challenges came his way, he never lost his innate optimism and drive, or his sense of humor.
He prayed every night asking God to help him to be “ a better person tomorrow than I was today” and to help make the experiences he had with everyone he encountered the next day to be positive. One of his last pieces of advice he gave us on how to live life was “once you’ve found your people, love them the best you can”. Everyone who knew him well would agree that Don loved life and brought an infectious enthusiasm and buoyant optimism into both life and work. Gatherings at which he was present were always more fun and lively, especially if someone was criticizing his family or friends, then lookout! He modeled how to love your work and love your life and get the most out of every experience, a gift to all who came into contact with him.

He made a conscious decision to be open-minded and focus on what is possible, knowing that part of moving forward meant being open to learning, adapting and changing one’s approach. A long-time advocate for energy conservation and renewable energy sources, Don advanced ideas many times that would move West Virginia and our country towards innovative solutions that saved money and reduced the burden on our God given natural resources.

He had an incredible gift for creative problem solving and loved to look at complex systems and make them more efficient and effective. Whether the goal was to save money, electricity, or make peoples lives better by making things easier, he never tired of working on one of these puzzles. At the age of 92 Don, along with his great friend Dan Halloran, received a patent for a heat exchange unit that significantly reduces the cost of heating and cooling by markedly increasing the performance of ground source heat pump systems.

He was almost always ahead of his time with his designs and ideas and had to wait for the rest of us to catch up, whether it was the system he created in the 1950’s for moving oil through pipelines, or the “Trash to Gas” system he and Halloran cooked up. Both ideas, while passed on at the time, were eventually put into accepted use in the US and the world.

Don started his career at Union Carbide as an engineer where he developed a cost and efficiency system for the Institute plant that was so successful it was implemented world-wide. He was asked to come to their New York office to lead the work, but he and Sally turned them down, saying they would rather stay in West Virginia. He was the Charleston City Manager and a state legislator before teaming up with dear friends, Jay and Sharon Rockefeller, to put West Virginia Wesleyan College back on its feet. Dad was Vice President for Business Affairs and thanks to Sharon’s astute suggestion, Sally became the Director of Admissions. We all enjoyed the time we spent at Wesleyan and in Buckhannon. Together with a great team led by Jay, they set the college on a course for long term sustainability.

Don then focused his systems and business expertise on helping Jay Rockefeller get elected as Governor and set up his initial administration. While Sally stayed in government (and you can Google what she accomplished), Don started his own consulting firm and charted his own course for the rest of his career, which lasted well into his 80s. He worked on anything that he thought was important and/or interesting – energy efficiency, school bus route optimization, financing and development plans to save the historic Daniel Boone Hotel as an office building, developing one of West Virginia’s first assisted living facilities, and much more.

Dad said the best thing he did in this life was to marry Sally. And those who knew her will agree he was right about that. And she felt exactly the same about him. Together they made an unstoppable force fueled by their love for each other, for their children and family, and for West Virginia. They often worked on projects together and supported each other completely. Mom’s career was more public and often demanded more travel and time away from him, and Dad never wavered in his support and cheerleading for her, from tangling with her opponents when she was running to be the first woman elected Chair of the Democratic Party of West Virginia or hiring lawyers in 5 states so she could keep her license the years she was working out of state and coming home on weekends. You husbands out there reading this would do well to follow his lead….

We are happy and blessed that the other life achievement Don was most proud of is us, his daughters. We know his love will shine on us and our families for the rest of our days. Throughout our lives and up until his last day, he loved and supported us, no matter what the circumstance and especially when we were struggling. We could not have dreamed of a better father and will be forever grateful for his unconditional love and support. And while we are broken hearted, his family celebrates that he is in Heaven with Sally, where they will be together forever.

We would particularly like to thank his incredible team of caregivers, led by Teresa Walker, who made it possible for him to live on his own until he died and enriched his daily life through friendship and conversation.

If you would like to honor his life we suggest toasting him with the beverage of your choice and/or making contributions to the following charities that were dear to him and our mother: Mountaineer FoodBank, Children’s Home Society of West Virginia, and the West Virginia Humanities Council.

Lastly, Dad often described his life as an incredible adventure and journey. He and Sally wrote together their wishes for their last ride on this earth which we are sharing below we hope it inspires you as much as it does us.

Here are our email addresses if you would like information on Dad’s Celebration of Life or to reach us to share stories or memories.
paiger13@gmail.com
revan64@gmail.com

With love and gratitude,
Paige and Evan Richardson

LAST RIDE ON THIS PLANET EARTH
We have had an absolutely wonderful ride through life and look forward to a last ride on this planet earth after life.
We wish to be cremated and have our combined ashes placed on the surface of Sinking Creek, in Greenbrier County, before it enters “the sink”, located on Sally’s grandparents’ farm at Williamsburg, West Virginia, where she spent her summers as a child, and where the last ride begins.
Then we will head down Sinking Creek to “the sink”, go underground, come out at “the rise”, and flow on through to the beautiful Greenbrier Valley into the Greenbrier River.
We will first pass Camp Allegheny, where Sally, her sister Betsy and our daughters Paige and Evan went to summer camp. Then we will pass Lewisburg where all in the family have enjoyed many great times over the years.
Then we will pass Ronceverte, Fort Spring, Alderson and on to Hinton where we will join the New River. Then we will flow on to the Gauley River where we will join the Kanawha River, which passes through Charleston where our family lived for more than 50 years of love, laughter and more than a few political battles worth fighting, and then we will flow on to the Ohio River at Point Pleasant.
Down the Ohio River we will pass Huntington where Sally was born and raised, and then pass the mouth of the Big Sandy River, which separates Eastern Kentucky from Western West Virginia, at Catlettsburg, where Don was born and raised.
Then we will flow down the Ohio River, past Cincinnati, and on to Cairo Illinois, where the Ohio River flows into the Mississippi River, and on down the Mississippi River to the Gulf of Mexico at New Orleans, Louisiana.
From there we will probably connect with the Gulf Stream and flow across the Atlantic Ocean and on to other places around the world, where only God knows, but maybe even Timbuktu. Won’t that be some fantastic ride?

Condolences may be sent to the family at www.barlowbonsall.com